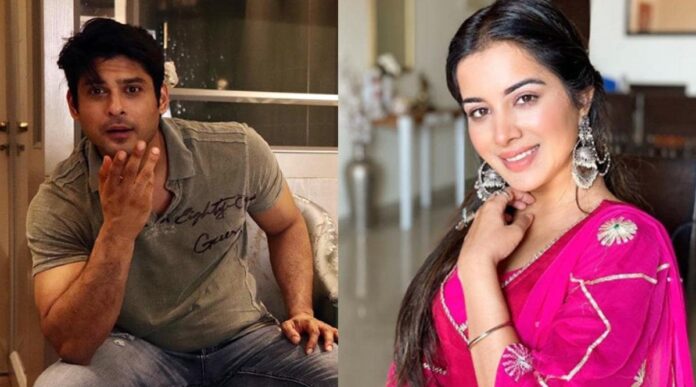 Bigg Boss 14 has started with a bang. EX contestants have also been called to make an entertainment in the reality show. Which will stay in Bigg Boss house for 2 weeks and will play an important role. Seeing Siddharth Shukla, Hina Khan and Gauhar Khan again in the Bigg Boss house, fans’ excitement has doubled.

Sara called Siddharth, the winner of Jija Season 13, Siddharth Shukla is once again showing his fire in Bigg Boss. They leave no chance to have fun with the contestants. A funny promo of the upcoming episode has surfaced. Where Siddharth Shukla was seen teasing Punjab’s beautiful singer Sara Gurpal. Sara’s gesture was towards Shahnaz Gill. In the video, Sara calls Siddharth as Jija Ji.

During this time, other contestants sitting there also enjoy themselves. Jasmine Bhasin is also seen teasing Siddharth. Now Sara did not openly take Shahnaz’s name, but her reference was to Shahnaz. You know, in Bigg Boss 13, the friendship of Siddharth and Shahnaz created a lot of fire. Shehnaz had also said that she has feelings for Siddharth. But Siddhartha has been calling him his friend.