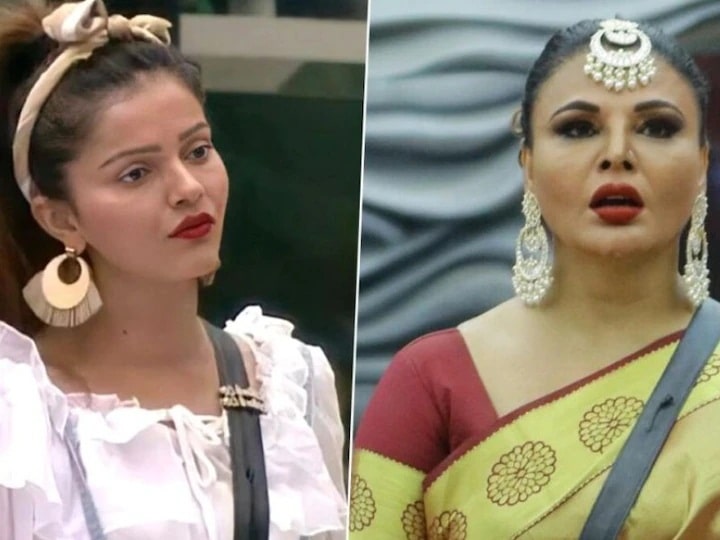 Bigg Boss 14 winner Rubina Dilaik has broken her silence over the fight between her and Rakhi Sawant. During the show, the talk between the two had deteriorated so much that Rubina got angry and poured water on Rakhi. Now while speaking on this whole issue, Rubina has said, ‘I do not regret that thing at all, I have got some learning from all the moments that happened in Bigg Boss.’

Bigg Boss 14: Rubina Dilaik has no regrets over Rakhi Sawant’s altercation, know what he said?

On the incident of throwing water on Rakhi, Rubina says, ‘If I had endured their torture a little more, it would not have happened’. Actually, during the show, Rakhi started to grow close with Rubina’s husband and contestant Abhinav Shukla on the show. This was the reason for the confrontation between the two.

Bigg Boss 14: Rubina Dilaik has no regrets over Rakhi Sawant’s altercation, know what he said?

Let us tell you that Rakhi had also pulled the shorts of Rubina’s husband Abhinav’s shorts, after which there was a fierce fight between the two (Rubina and Rakhi). Rubina said that her husband Abhinav is her pride. At the same time, Rakhi has alleged that Rubina and Abhinav were about to get divorced before coming to Bigg Boss. Rakhi has also said that it was only on her request that both of them thought of taking a second chance to save their marriage.