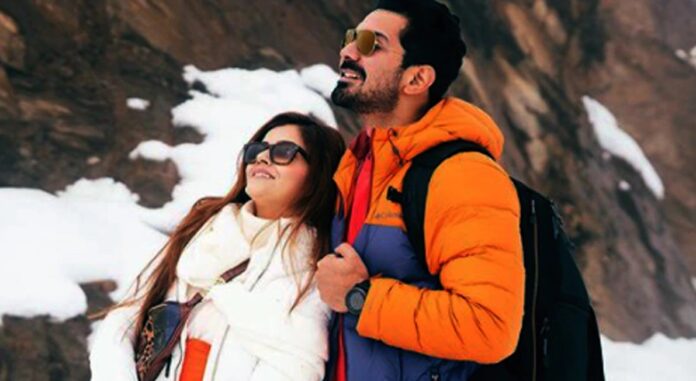 TV’s real life duo Rubina Dilac and Abhinav Shukla have reached Bigg Boss 14. With the arrival of Rubina and Abhinav, the tone of the show has increased. In the show, both are two different contestants, but since both are husband and wife, they also have emotional support of each other. The Big Boss star couple spent a lot of time with each other during the lockdown, but during this time, their relationship was also soured.

In the premiere of Bigg Boss, Rubina admitted to the rift in marriage with Abhinav. He said that both the relations were not good at the time of lockdown. There were fights between them. But then after talking to each other, both of them resolved the conflicts.

Earlier, there were reports about the relationship of both of them that something is not going well between them. However, Rubina and Abhinav left for Himachal Pradesh after spending 3 months in Mumbai during the lockdown. Himachal is the hometown of Rubina Dilac.

Couple not only spent time with family here, but also did many fun things with each other. He enjoyed trekking in the mountains and the clean clean air there. Rubina shared outdoor cooking, gardening and celebration videos on social media.

While Rubina is from Himachal, Abhinav is originally from Punjab. He is fond of adventure and open life. Abhinav has gone on road trips with Rubina many times. Both have shared their road trip stories even before the lockdown.

Talk about the entry of this star couple in Big Boss, then Bigg Boss first Rubina and Abhinav were not ready to go alone in Bigg Boss house. Rubina said, “As long as Bigg Boss wanted us to come alone, we were not going to fit into his criterion. Then Bigg Boss said that when you two come together, then our dimension changed and we thought let’s go together Go. ”

Abhinav also told that he wanted Rubina to come alone in the show so that she could explore herself more. She said that among so many people in the Big Boss house, she will get to know a lot about herself, how much she can perform in stress. But when Rubina said that we both go together and share the stress together, then we agreed. He says that if seen in this way, then both of us will also have emotional support of each other in the show.

There are reports that Rs 5 lakh will be given to Rubina-Abhinav as a couple. Also, he will stay in Bigg Boss 14 for at least 40 days. Both of them have a good fan following in reel life. It will be a matter of how much they get frozen in Bigg Boss house.

Rubina made her acting debut in ‘Chhoti Bahu’ serial. This was his first show in which his brilliant acting gave him recognition. After this, he realized the power of existence, gained popularity from shows like remarriage.

Rubina considers herself a strong contestant in Bigg Boss. They say that hill people are physically strong, as well as mentally and emotionally strong. It will be known in the house of Bigg Boss that there is a lot of power in his talk.

It will be fun to see how much the couple can retain their understanding in Bigg Boss house. For the information, let us tell you that Rubina and Abhinav dated each other for six years before marriage. He was married to pomp two years ago.