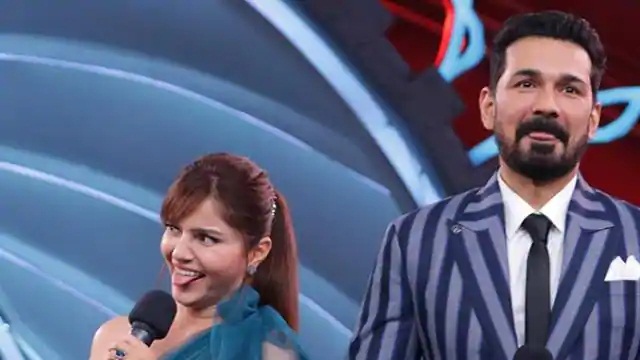 TV’s favorite couple Rubina Dilaiik and her husband Abhinav Shukla came on the show. During this, Salman had a lot of fun with both. Along with this, some journalists asked many questions to Rubina and Abhinav through video. During this both were asked that there were reports that there were some problems between you two.

After which both say, lockdown was the testing time for everyone. Was also for us. If you were very stressed, it happens. But then we worked on our relation and everything became normal.

Abhinav was asked what habit he had with Rubina. Abhinav says on this, Rubina is multi tasking. She sometimes goes to workouts after eating food and sometimes talks on the phone while doing workouts.

Rubina says, she can do only one thing herself and she has problems with my multi-tasking.