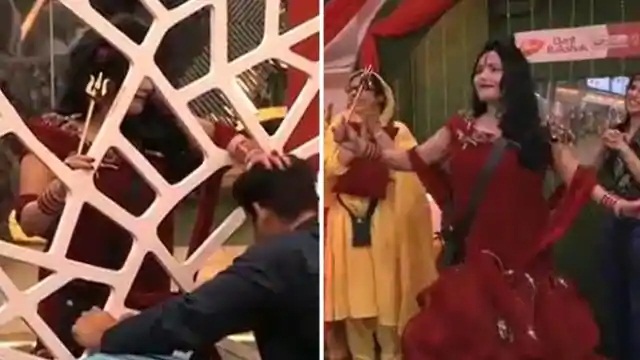 The TV reality show ‘Bigg Boss 14’ has started. This time, a lot of changes have been made in the show. Apart from this, the old contestants of the show Gauhar Khan, Hina Khan and Siddharth Shukla are also part of the show. In Sunday’s episode Radhe Maa came to preach to all the contestants. During this, Radhe Ma gave a discourse on ‘Never hurt mother’s heart’. After the discourse ended, he called Kumar Sanu’s son Jan Sanu’s son to him and gifted him with a red thread in his hand.

After this, he also called Siddharth Shukla and gave the same gift. Along with blessing him, he asked him to reduce his anger and never hurt his mother. Later all the contestants shouted ‘Radhe Maa’. On this Radhe Maa also did her signature dance step and said goodbye to the house.