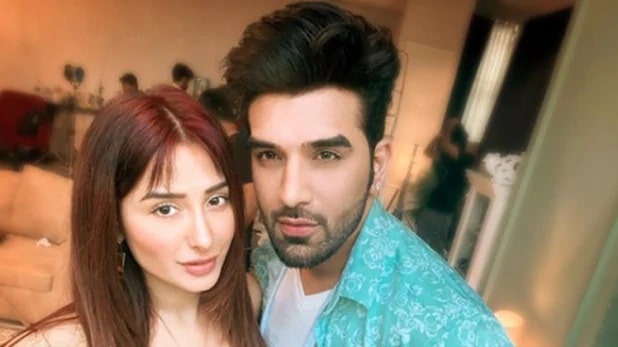 Before taking entry in Bigg Boss 14, Pavitra Punia gave a statement against ex-boyfriend Paras Chhabra. After that she was in a lot of headlines. Pavitra had said that it was the biggest mistake of her life to date Paras. Now Mahira Sharma has come in support of Paras Chhabra.

In an interview to Etimes, he said- ‘I have always stood by the truth. I would still have supported her as a friend but she is adopting the path of lies and deception. During Naagin 3, I knew she was married and at that time she was dating Paras and anyone else.

Mahira said- ‘I need to bring the truth to the fore. As a woman, I understand the sincerity of Paras. Women cannot always cry. ‘

He further said- ‘Stop playing Abla Nari, because she is not you. Despite marrying, dating two people and blaming Paras.

‘Scandal is your other name. Controversy is your 24/7 mood. This is your personality. If I come inside the house, I will take care that the truth comes out.

At the same time, Paras also replied on this. Paras accused Pavitra of cheating. Paras claimed that Pavitra hid her marriage while dating him.

Paras came to know about the marriage of Pavitra through the message of her husband. Paras said- It was quite shocking when Pavitra’s husband messaged me and said that both of you can live with each other as much as you want, but then when I divorce Pavitra.