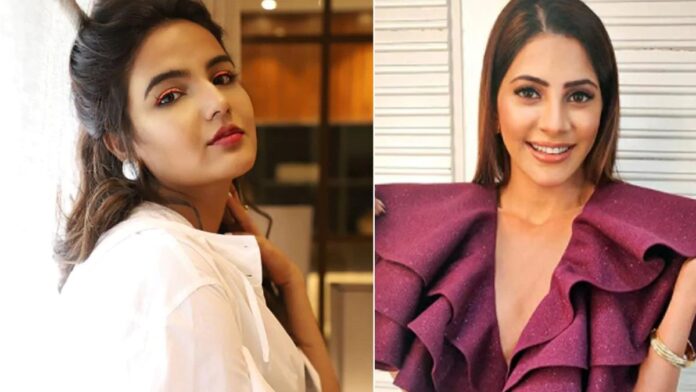 Girls fights in Bigg Boss 14 have been in discussion since day one. The nomination task was done in the last episode. In which Abhinav Shukla won and immunized. In the upcoming episode, girls will get another chance to be immune.

Catfight about immunity in Big Boss will be fiercely catfight among girls during this time. A new promo of the show has been revealed. In which girls are wooing Siddharth Shukla to be immune. She is having a romantic dance with him. Nikki Tamboli, Pavitra Punia, Rubina Dilac, Jasmine Bhasin, Sara Gurpal are doing everything possible to grab Siddharth’s attention. After this task, there is a war between the girls. Everyone fights each other to protect themselves. Pavitra- Catfight occurs between Nikki and Jasmine.

A fierce fight ensues between Pavitra and Nikki. Nikki breaks the Pavitra glass. After this, Pavitra Jasmine breaks the glass. Jasmine threatens Nikki and says that if you come to me, I will kick you.

You know, there has been a debate between Nikki and Jasmine earlier. On the other hand, Abhinav’s immunity is also in danger. Actually, Bigg Boss will put a condition in front of Abhinav in the coming episodes. According to which Abhinav will have to choose one of his immunities or Rubina. Abhinav can make Rubina a rejected contestant by losing his immunity. Gotta see what Abhinav decides.