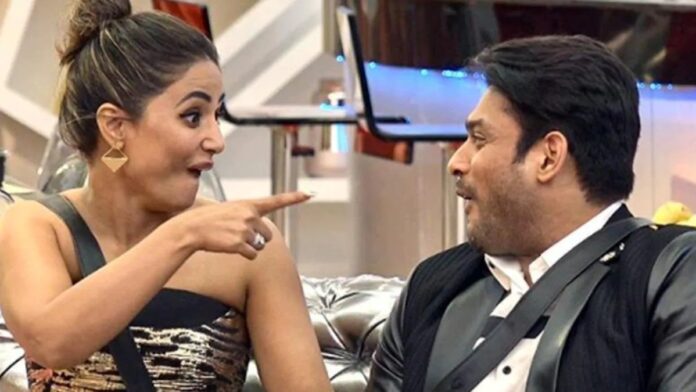 In Bigg Boss season 14, Gauhar Khan, Hina Khan and Siddharth Shukla have come as stormy seniors. They will stay in Bigg Boss house for 2 weeks. This is the first time these three Bigg Boss X contestants were seen together. All three are out of competition and have come to the show to make tadka, so they are having fun. The three are also sharing good bonds among themselves.

A fun live feed from Bigg Boss 14 opened the lid of the bottle with Siddharth’s slippers. In which the fun of Gauhar, Siddharth, and Hina is clearly seen. In this, Gauhar has done a work about which you will not stop laughing. Gauhar Khan has opened the lid of the bottle of ketchup with the sandal of Siddharth Shukla. In the video, Gauhar comes from the kitchen, asking Siddharth-Hina about the opener. In response to which Siddharth says that the opener is in his sandal. Gauhar is also shocked to hear this. Hina says show it. Then Gauhar says let’s do the experiment.

After this, Hina and Gauhar open the lid of the bottle of ketchup with the slippers of Siddharth Shukla. After this, Hina Khan’s laughter does not take the name of stopping. Even Siddharth could not live without laughing. The fun fans of these three seniors are very much liked.

In the last episode, Siddharth and Gauhar also had a fight during the task. But later both of them got well. Gauhar and Siddharth did not pay much attention to the fight. One reason for this is that both are not in competition. Talk about Hina and Siddharth’s bond at the same time, their friendship is winning the hearts of the fans and giving them friendship pills. Sid-Hina talk together for hours, pull each other’s legs and do a lot of fun.