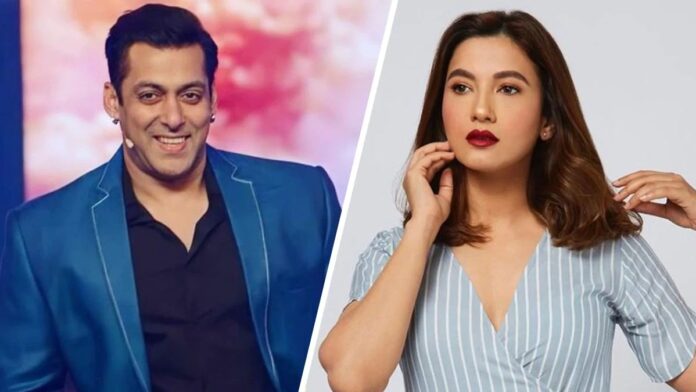 This time in Bigg Boss 14, three ex-contestants of the show have entered the show as seniors. It also stars Gauhar Khan, the winner of Bigg Boss 7. Gauhar Khan gave a great introduction to his understanding, leadership and understanding in the seventh season of Bigg Boss. At the same time, apart from showing his personality in the show, his relation with Kushal Tandon also came in front of everyone. The show started, the love of both of them went on for a long time even after leaving the house, but then they broke up. Salman reminded him of his suggestion at the grand premiere of Bigg Boss regarding his relation.

During the premiere, all the seniors were telling some things about each other. So Hina Khan said without the name of Kushal Tandon- Gauhar always stands for right and he left the house with his friend on the show. On this matter of Hina Khan, Salman reminded Gauhar about Relationship Advice.

Salman said- ‘I advised you about the relationship but you ignored it’. Well, tell us that Gauhar Khan and Kushal Tandon were dating each other in Bigg Boss 7. This bonding of both was very much discussed. Even after leaving the show, their relationship was good but then due to some reasons both of them broke up. His breakup was very shocking for the fans.

Is Gauhar Khan in a new relationship?

After the breakup from Kushal Tandon, Gauhar moved forward in her life. Recently, his relationship was discussed with Zaid Darbar, son of singer Ismail Darbar. Although both have not made any statement on this yet, but their relationship can be gauged by looking at their pictures.