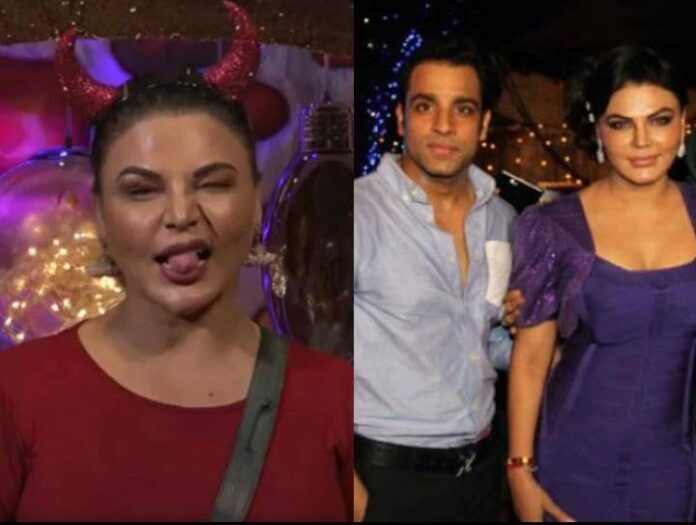 Rakhi Sawant, who entered the house as a challenger in Bigg Boss 14, is considered to be the strongest contestant in the house. She is winning the hearts of fans with her entertainment. In the show, she has often made several revelations about her mysterious husband Ritesh. Not only this, she has dragged her ex-boyfriend Abhishek Awasthi in the show and has told about their breakup.

It has been more than a decade when Rakhi Sawant and Abhishek Awasthi broke up in a dirty way. After the breakup, Abhishek went ahead and married Ankita Goswami. But in a recent episode, Rakhi Sawant revealed the reasons for the breakup with Abhishek. During a conversation with Rahul Vaidya, Rakhi said that Abhishek betrayed her and was in relationship with her as well as her friend and this happened many times.

Rakhi was wrong to say

Now Abhishek Awasthi has reacted to these allegations of Rakhi, calling it baseless. Abhishek said in an interview to Bombay Times, “What he said was wrong. I never talk about him. When someone tells me something bad about him, I tell him that it is not that rakhi The one I know. Actually, that’s a very different personality. ”

No other girl dares

Abhishek further added, “We have roamed the world together, had a great time and shared a lot of memories with each other. The friend she has spoken about in the show, I have someone about that ‘friend’ I don’t know. Considering my rites, I didn’t dare to cheat him! Tell me, which girl would dare to date me when Rakhi is with Sawant? (Laughs!). ”

No one forgives after red handed

Abhishek continued, “No girl is so brave! Rakhi claimed that she caught me red-handed on more than two occasions. Do you think that a girl, who catches her boyfriend cheating on her, immediately forgives her Will you do it? ”

Abhishek gave advice to the channel

Along with this, Abhishek questioned the makers of the show. He said that the makers should have thought about his honor before turning the matter on air. This is wrong. A person is speaking wrong about any person and the whole world is listening to him. This will harm their honor.