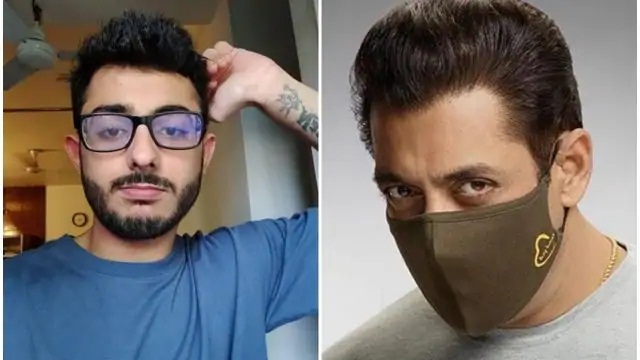 Several media reports claimed that Carrie had quarantined in a hotel before becoming a part of the show. After which Carrie’s fans were asking him questions whether he was going to be a part of Bigg Boss? During this, Carrie came live from her YouTube channel and answered fans’ questions. Carrie denied reports of being part of Bigg Boss-14. Carrie replied to a fan’s question, “Sorry man, I hurt your heart.” The person who is not going, forcefully send him.

Those who are saying that @CarryMinati is going in #BiggBoss14
Here you go!#carryminati #BiggBoss pic.twitter.com/wfVwxcyXNH

At the same time, in response to a fan’s question, Carrie said, ‘Where is it written that I have joined Bigg Boss? Please show me the papers! ‘ Videos of this live session of Carrie are going viral on social media. Let me tell you that Carrie Minati is known for Roast videos. A few days ago, Carrie Minati had been in a lot of discussion about YouTube Versus Ticketcock Roast.