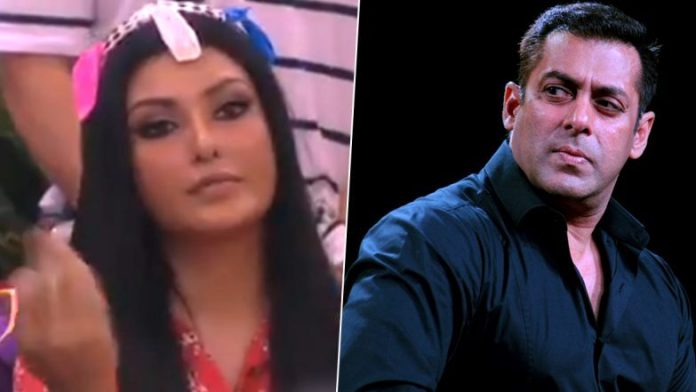 Bigg Boss 13 Weekend Ka Vaar Highlights: In the Saturday episode of ‘Bigg Boss Season 13’ with Salman Khan, we saw that Daljleet Kaur gets eliminated from the house. Salman Khan had announced that this week there will be double elimination in the house of ‘Bigg Boss’ under which Daljit became evicted from the house. Today is the second elimination in this show. Take a look at the highlights of today’s episode of the show.

Contestants put forward their complaints in front of Salman Khan

In the house of ‘Bigg Boss’ all the contestants place their complaints in front of Salman Khan. Siddharth Shukla commenting on Mahira Sharma says that the shoes are more beautiful than his mouth, with which Salman spots him. The same Koena Mitra says that he does not like the way personal comment is made in the ‘Bigg Boss’ house.

In the ‘Bigg Boss’ house, Mahole is very hot due to elimination and fights. In such a situation, Sunil Grover and Harsh Limbachiya entertain everyone strongly here. After entering ‘Bigg Boss’ house, Sunil and Harsh make everyone laugh with their act. He laughs a lot by running a show called ‘Sunny Leone’s Orchestra’ here.

Nawazuddin Siddiqui has an entry in Bigg Boss house. Nawaz meets Salman, after which he also meets the contestant at home. At home, Harsh and Sunil together harass Nawaz and entertain everyone. Nawaz came here to promote his film ‘Motichoor Chaknachoor’.

With the arrival of Sunil and Harsh, the atmosphere in Bigg Boss’s house looks quite full of entertainment. At the behest of Sunil, Koena Mitra also dances on her hit song ‘Saki Saki’.

Koena Mitra eliminated from the show

As it was said, there is to be another elimination in Bigg Boss house today, here, Koena Mitra becomes homeless from home. When Shahnaz hugs Koena, Paras gets emotional there. She thanked everyone and left the house.

Priyank Sharma, ex contestant of Bigg Boss, enters the house for ‘Big Buzz Task’. Householders have to choose their target here and cross mark on their face.