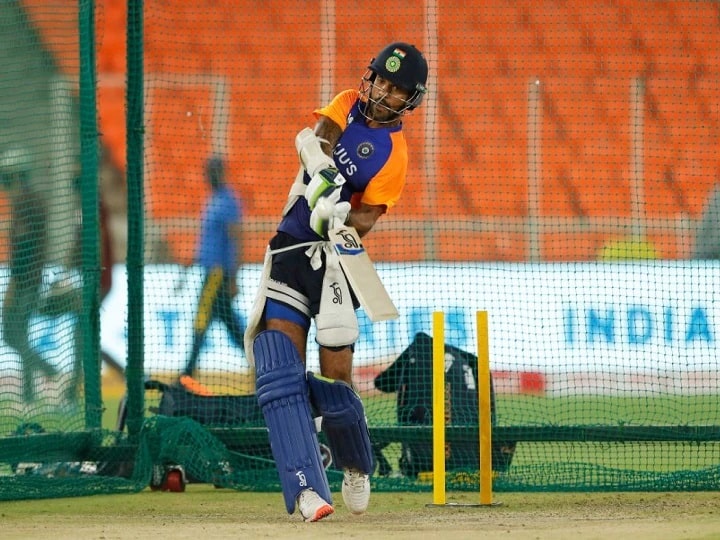 India vs England T20I Series: A series of five T20 matches between India and England has started at the Narendra Modi Stadium in Ahmedabad from today. In the first match, England won the toss and decided to bowl. A big surprise has been seen in the Indian team. Rohit Sharma has not got a place in the playing 11. Apart from this, Bhuvneshwar Kumar has returned to Team India for the first time after 2019.

During the toss, Team India captain Virat Kohli informed Rohit Sharma about not playing. Virat Kohli says that Rohit Sharma has been given rest. Shikhar Dhawan will be seen handling the opening with KL Rahul.

Rishabh Pant has also returned to the T20 team after a long time. Pant will be seen playing the role of wicketkeeper. Hardik Pandya will play as an all-rounder and he will contribute to Team India once again with the ball. After 2019, Bhuvneshwar Kumar will take charge of Team India’s fast bowling for the first time.

Looking at the pitch of the Narendra Modi Stadium, Team India has decided to take the field with three spinners. Washington Sundar, Yuzvendra Chahal and Akshar Patel will have spin bowling on their shoulders.

No shocking change in England’s team

England have not made any major changes for the T20 series. Jose Butler will take charge of the opening along with Jason Roy. Apart from this, England has decided to take the field with four fast bowlers. Adil Rashid will handle the responsibility of spin for England.