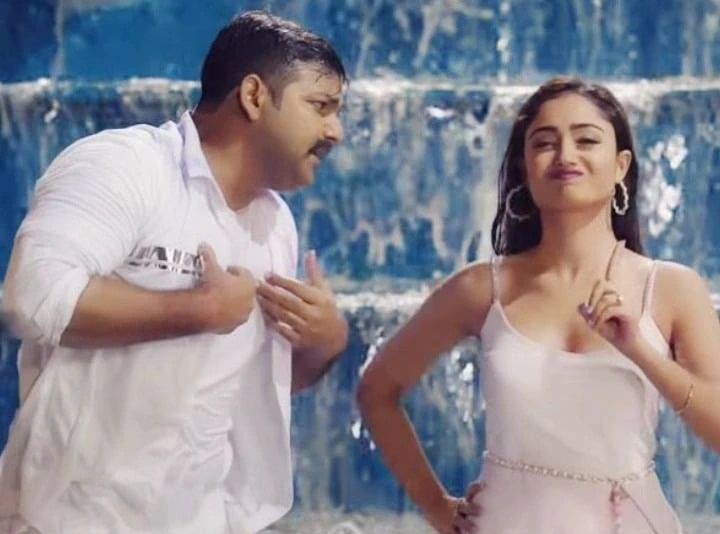 In the web series ‘Ashram’, the new song of actress Tridha Chaudhary and Bhojpuri star Pawan Singh has crossed the limits of boldness. This is a Holi song. In this song, Tridha is seen in a completely different style. His glamorous look and great dancing moves are being seen in it. She is working with Pawan Singh for the first time.

Tridha Chaudhary has already worked in Bengali and Telugu films. This song is going to change the mood of their fans. The name of this song is ‘Babuni Tere Rang Mein’. In this, she is dancing with Pawan Singh. In this Holi song, Tridha is also dancing in the pool and is enjoying the colors a lot. After this song, her popularity is going to increase between the Bhojpuri industry and the audience.

The special thing about the song is that this song has been composed by Bollywood music composer Salim-Suleman and launched it from Merchant Music Level on his YouTube channel Salim Suleman. This song is sung by Pawan Singh and Sharavi Yadav. Its lyrics have been written by Dr. Sagar. This song has become super hit as soon as it arrives and is at number four on YouTube’s trend list.

Watch here this song of Pawan Singh and Tridha Chaudhary

Has got more than 48 lakh views

The song ‘Babuni Tere Rang Mein’ launched a day ago and has received more than 48 lakh views. Please tell that due to the Tridha Web Series Ashram, it has already achieved a lot of fame. She is also very much discussed about her Instagram post. Recently, Tridha shared a bikini photo on Instagram, which became quite viral.