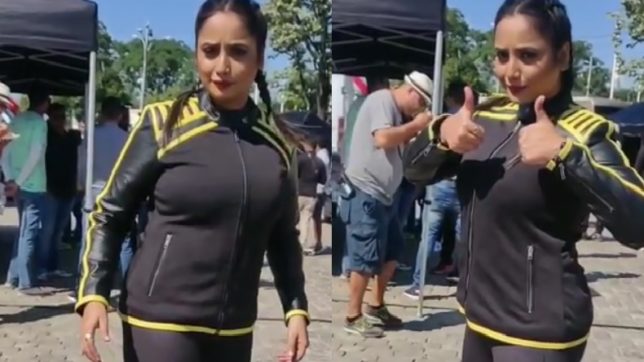 Please tell that Rani Chatterjee is considered the life of Bhojpuri industry. The actress is already in the hearts of viewers with her hotness. Rani Chatterjee made her debut in the Bhojpuri film industry with the film Sasura Bada Paisa Wala. After this, Rani Chatterjee has given many hits in Bhojpuri cinema world.