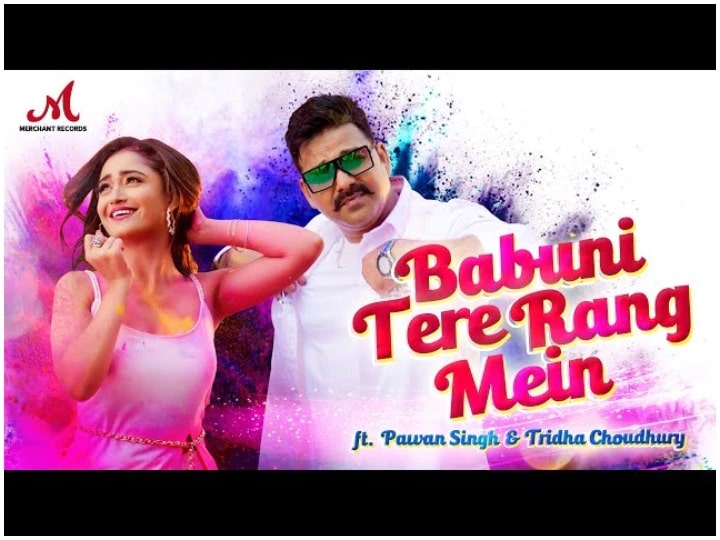 If you do not play Bhojpuri songs in Holi, then the celebration of Holi remains incomplete. For your entertainment, Bhojpuri industry singers bring Holi songs full of Dhansu music. The entire Bhojpuriya jowar swings on these songs. Many of them are also included in the trend list of YouTube. Here we are going to tell you about some such songs.

The number one in this sequence comes from Khesari Lal Yadav and Antara Singh Priyanka’s Holi Song. The name of this song is ‘Dui Rupaya’. The song was launched on the YouTube channel of Adishakti Films on February 1, it has been viewed more than 10 million times so far. Its music has been composed by Shyam Sundar and lyrics have been written by Akhilesh Kashyap.

‘Babuni Tere Rang Mein’
At the same time, the song of Pawan Singh and the web series ‘Ashram’ fame Tridha Chaudhary is also rocking YouTube. The name of this song is ‘Babuni Tere Rang Mein’. In this, she is dancing with Pawan Singh. In this Holi song, Tridha is also dancing in the pool. The song was launched on Salim Suleman’s YouTube channel on March 15 and has been viewed more than 11 million times. Bollywood music composer Salim Suleman has composed the music for it.

‘Holi mein teri ree ree poo’
Apart from this, the Holi song of Dinesh Lal Yadav Nirhua is also being heard a lot these days. A new Holi Song has been launched a day before. The name of this Holi Song is ‘Teeri Ri Ri Poo’ in Holi. Nirhua has sung it himself and has also performed in it. Its lyrics were written by Vimal Bawra and Rana Singh and its music has been composed by Mahipal Bhardwaj. This song has been viewed more than 11 lakh times on YouTube.