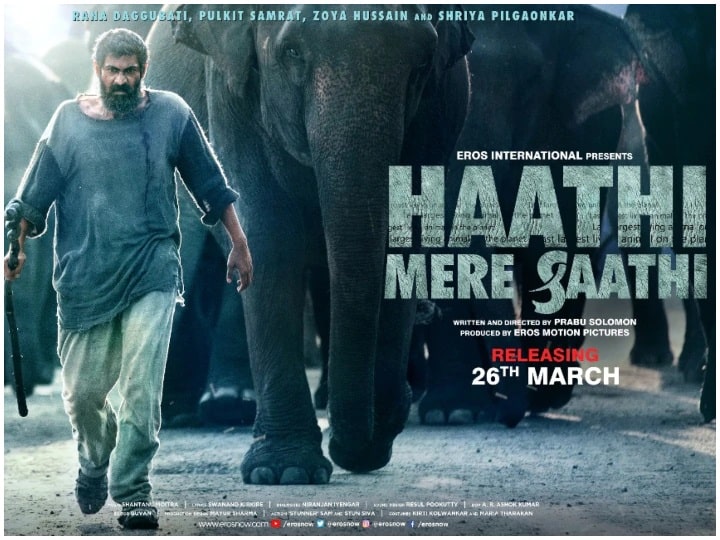 Actor Rana Daggubati’s ambitious jungle adventure drama Hathi Mere Saathi will no longer be released on 26 March. The release date of this film has been postponed at present due to the increasing cases of Kovid-19.

However the Telugu version Aranya and the Tamil version Kadan will be released on their own scheduled date of 26 March. In this regard, Eros International itself has given official information on its social media.

Eros International released an official statement saying, “Dear viewers, we are sad to share this news, but given the Kovid-19 status in the Hindi markets, the team of Hathi Mere Saathi has banned the release of the film. Has decided. We will keep you informed of further developments. However, on March 26, we will release Aranya and Kadan in Southern Markets. ”

This is not the only film that has been postponed due to the upsurge in Kovid cases. Filmmaker Ram Gopal Varma’s D Company has also been postponed. The filmmaker recently tweeted, informing his fans about the update.

Varma announced this on his Twitter account on Friday, writing, “Amidst the sudden news of the sudden rise of serious Kovid in many parts of the country and the new lockdown, we have decided to postpone the release of D Company. Further new date Will be announced. “

The film will be released in Hindi, Tamil, Telugu, Malayalam and Kannada.