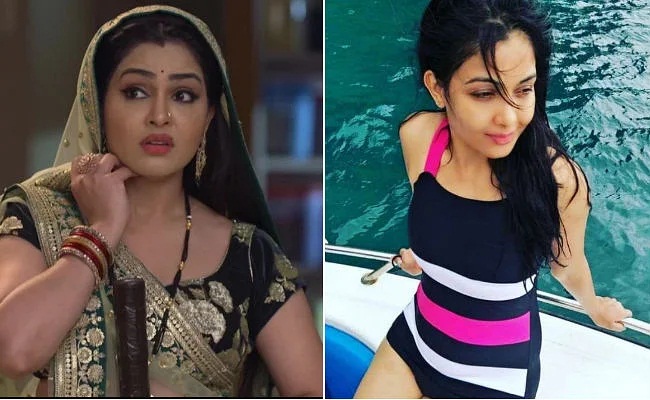 Bhabiji Ghar Par Hai: Shubhangi Atre, who plays Angoori Bhabhi in the serial ‘Bhabiji Ghar Par Hai’, is not an idiot today. With this serial, he has made a special place in the heart of the people. Although every character of this show is strong, but his unique style of speaking especially ‘Sahi Caught Hain’ has climbed everyone’s tongue. Shubhangi has also worked in many serials before this. But Shubhangi Atre, who is seen in the desi avatar in the serial, is quite glamorous and stylish in real life.

Debut in acting after marriage

Shubhangi Atre started his acting career after marriage. In 2006, Shubhangi appeared in the popular serial ‘Kasauti Zindagi’. She was also seen in musk. Shubhangi replaced Shilpa Shinde in the role of Anguri Bhabhi in the year 2016. He made a place in the hearts of people shortly after his entry. In one of her interviews, the actress had said that she wanted to become an actress since childhood.

According to reports, after leaving Shilpa Shinde’s ‘Bhabiji Ghar Par Hain’, about 80 actresses were auditioned for the role of Anguri Bhabhi. Out of which Shubhangi was finalized for this character. However, within a short time, Shubhangi has won the hearts of people with her acting. Let me tell you that Shubhangi Atre has replaced Shilpa Shinde in the comedy serial ‘Zoo’ earlier also.

Shubhangi Atre is very glamorous in real life, the pictures on her Instagram are proof of this. Be it Vestran or Indian, Shubhangi Atre looks very beautiful and stylish in every look. Shubhangi Atre is also very active on social media. She keeps sharing some of her beautiful pictures with fans on the coming days. Please tell that the name of Shubhangi Atre’s husband is Piyush and both have a loving daughter.

How much do they earn

According to the media report, Shubhangi Atre, who plays the wife of Tiwari ji (Rohitash Gaur) in the show, charges 40 thousand rupees a day. A few days ago, new episodes of ‘Bhabiji Ghar Par Hai’ are being aired. However, two famous characters of the show Soumya Tandon (Gori Mem) and Phalguni Rajni (Gulfam Kali) have said goodbye to the show.