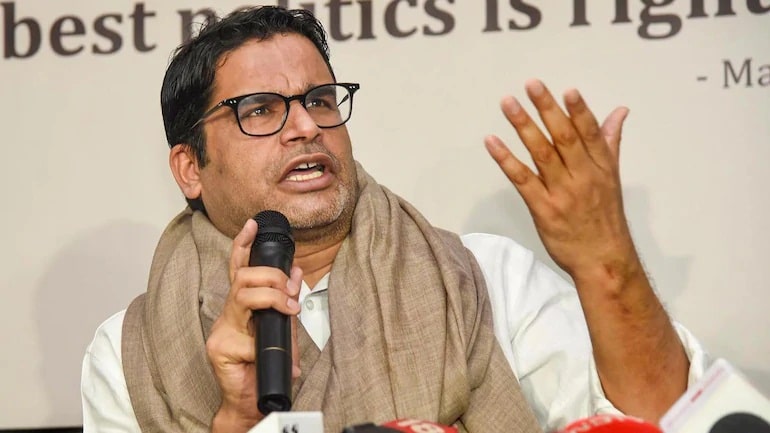 One of the key battles for democracy in India will be fought in West Bengal, poll strategist Prashant Kishor said in a tweet on Saturday. Kishor, whose firm I-PAC is handling Trinamool Congress’ re-election campaign, said Bengal “only wants its own daughter”.

Prashant Kishor also released a picture of a card with CM Mamata Banerjee’s picture and the slogan “Bangla Nijer Meyekei Chay”. Conceptualised by I-PAC, the slogan aims to appeal to the state’s women voters while also visiting the theme of Bengali sub-nationalism.

The I-PAC (Indian Political Action Committee) team has managed a number of key state and central elections, including Prime Minister Narendra Modi’s bid for power in 2014 and Punjab CM Amarinder Singh’s election in 2017 as well as the YSRCP’s campaign in 2019 which propelled Chief Minister YS Jagan Mohan Reddy to power in Andhra Pradesh.

Elections in West Bengal will be held in eight phases from March 27 to April 29. The results will be declared on May 2.

Hold me to my tweet: Prashant Kishor
Union Home Minister Amit Shah has declared that the BJP has set a target of winning more than 200 seats in the 2021 West Bengal Assembly elections. In the 2016 assembly elections, the BJP had won 3 seats out of 294, while the Trinamool Congress had managed to stake claim to 211 seats.

In a tweet in December of last year, Prashant Kishor had said he would quit Twitter if the BJP were to win more than 100 seats in Bengal’s 294-member Assembly. The BJP had responded by saying that the political strategist is disconnected with the ground reality in West Bengal.

Referring to his claim that the BJP will “struggle to cross double digits in West Bengal”, Prashant Kishor said on Saturday, “On 2nd May, hold me to my last tweet”.

A former office holder of the Janata Dal (United), Prashant Kishor had a falling out with Bihar CM Nitish Kumar over the latter’s decision to ally with the BJP.Live TV