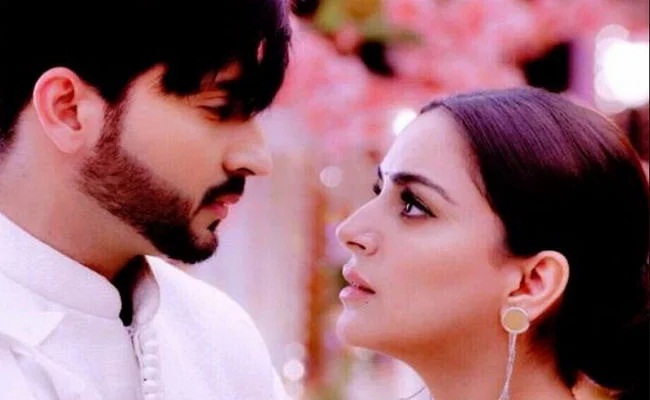 BARC TRP Ranking This Week: BARC India’s 38th-week TRP rating has arrived. This time too, ‘Kundali Bhagya’ dominates the list. Karan and Preeta’s loveliness is being liked by the people and the show occupies number 1. ‘Anupama’ is the show at number two. At the same time, Ekta Kapoor’s show Kumkum Bhagya has again succeeded in making its place in the list. But ‘Tarak Mehta Ka Ooltah Chashma’ has slipped from its place.

This time again, Zee TV’s show Kundali Bhagya is at number one on the TRP list. The show starring Shraddha Arya and Dheeraj Dhupar has been dominating the TRP charts for the past few weeks. These days the show has a very interesting track going on. Preeta and Karan are married. But Preeta is kidnapped and her face is visible in the ritual with Mahira Karan. At the same time, Karan has realized that something is wrong. Soon, a big secret will be revealed. Kundali Bhagya has received 2.9 million impressions. The show airs from Monday to Friday at 9:30 pm.

‘Anupama’ features Rupali Ganguly, Sudhanshu Pandey and Madalsa Sharma in lead roles. This time the show is also second in the TRP list. These days, Paritosh and Kinjal’s engagement scene is going on in the show. Kavya is trying to draw Vanaraj’s attention completely. At the same time, Anupama is unaware of Kavya’s intention. At the same time, the person chasing Pakhi has been revealed. Anupama has got 2.5 million impressions.

For a few weeks, TRP list includes Ekta Kapoor’s show Kumkum Bhagya. The show Kumkum Bhagya is a very old show and is aired on Zee TV from Monday to Friday. The show stars Srishti Jha, Shabbir Ahluwalia, Mrinal Thakur in the lead roles. But with this, the serial ‘Chhoti Sardarni’ has also made its place at number three. Both shows have got 2.2 million impressions.

The show ‘Tarak Mehta Ka Ooltah Chashma’, which aired on SAB TV, was at number 4 last week. But the serial ‘Shakti- Aastav Ke Ke Aasne Ke’ has made its place after beating Tarak this time. This show of Curiosity Singh has a new twist in the story, which people are very fond of. This serial has received 2.1 million impressions.

Last week, India’s Best Dancer Show was at number 5, and this week too, the show continues to occupy here. The show is judged by Malaika Arora, Geeta Kapoor and Terence Lewis. However Nora Fatehi is judging Malaika Arora in the show. Shakti Kapoor and Gulshan Grover reached the show last week. This serial has received 2.0 million impressions.

Talk about ‘The Kapil Sharma Show’, which always dominates the TRP list, has been missing from the top-5 for the past few weeks. At the same time, other shows like Naagin 5, Yeh Rishta Kya Hai, these relationships are shows like Pyaar Ke Bhi too have completely disappeared from the list of Top 5.