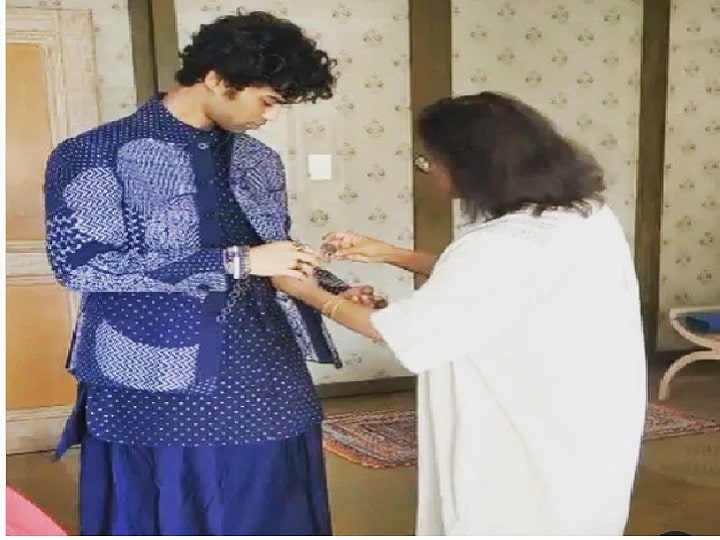 Irfan Khan’s son Babil attended the 66th Filmfare Awards ceremony in Mumbai on Saturday. Babil arrived at the ceremony to accept two awards on behalf of his late father. Irrfan Khan received the Best Actor Award for the film ‘English Medium’. Along with this, he was also awarded the Lifetime Achievement Award.

On Sunday, Babil shared a video and told that he wore his father’s clothes for the ceremony. He also shared an excerpt from his speech which he said on stage while accepting the Irrfan Khan awards from Jaideep Ahlawat, Rajkumar Rao and Ayushman Khurana. In the video clip, Babil’s mother Sutapa Sikdar is seen helping Babil prepare for the award.

To take Indian cinema to new heights
Babil wrote in the post “Mother dressed me. In my short speech accepting the Father’s Awards, I basically said, ‘This is not my place to say anything. People always say that you cannot fit into your father in shoes. But at least I can fit in his clothes. I just want to show my gratitude to the audience and the industry because of the warmth and love that you have Embraced our family. I can truly say that you and I will take this journey together and take Indian cinema to new heights, I promise. ”

Irfan did not like to participate in fashion shows.
Babil further wrote that ‘the story behind the clothes was that my father did not like to participate in the fashion show and ramp walk, but he used these clothes to get out of his comfort zone. I did so ”Earlier in the day, in two separate Instagram posts, Babil and Sutapa Sikdar thanked Filmfare for recognizing Irrfan Khan’s work.