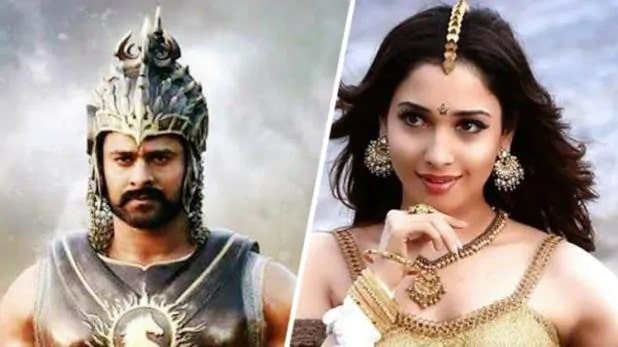 Five years ago, on July 10, 2015, the blockbuster movie of Indian cinema Bahubali The Beginning was released. This film had received a great response not only in India but also abroad. Two years later in 2017, its second part Bahubali The Conclusion was also released and it also went on to become a rage. Actress Tamannaah Bhatia, who was part of the Bahubali series, has shared a short video of the original version of the film on social media on completion of five years of the film.

Tamanna has also thanked the person who edited the video. She writes- ‘5 years of Bahubali the Beginning … Great editing done by @kyarlagadda.’ Fans also commented fiercely on this post of Tamanna. Apart from the film, users also praised the actress. He wrote- ‘Tamanna was the biggest reason for watching my film …. I am a big fan of your dance and acting. Always keep it bright like this.

Sometime back in April, the film’s crew and cast celebrated the completion of three years of Bahubali The Conclusion. Prabhas also shared photos and videos from the film’s set. He wrote- ‘Bahubali 2 was not just a film which Desh Pyar Diya was but also the biggest film of my life. And I am thankful to my fans, team, director SS Rajamouli, who made it one of my memorable projects.

Tell us that Bahubali The Beginning was released on 10 July 2015 and Bahubali The Conclave was released on April 2017. Both films had made records in Indian cinema. It was made in Telugu, Tamil, Malayalam and Hindi languages. In the film, Prabhas, Anushka Shetty, Ramya Krishnan, Satyaraj, Rana Daggubati, M Nassar played the lead roles.