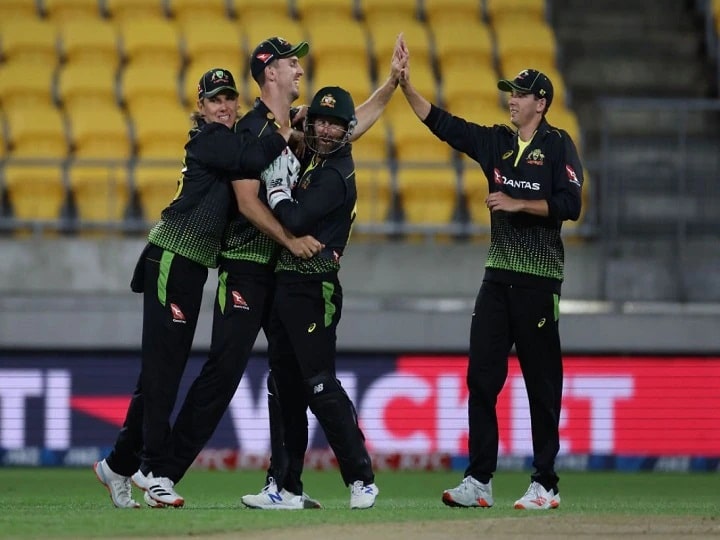 AUS Vs NZ: Australia has made a great comeback in the five T20 matches series being played against New Zealand. Australia beat New Zealand by 50 runs in the fourth T20 match to level the series 2–2. Captain Aaron Finch played a brilliant innings of 79 runs for Australia. Apart from this, the Australian spinners did not give New Zealand any chance to return to the match.

Australia won the toss, batting first and scored 156 wickets for six wickets in 20 overs. Australia had scored 130 runs in 19 overs. But Finch took Australia to a respectable score with 26 runs in the last over. New Zealand’s innings was reduced to just 106 runs in 18.5 overs.

Man of the match Finch was unbeaten in the opening innings and faced 55 balls and hit five fours and four sixes. He hit all sixes in the last over of Kyle Jamieson’s innings. From the other end, however, Matthew Wade (14), Jose Philip (13), Glenn Maxwell (18) and Marcus Stoinis (19) failed to convert a good start into a big innings. For New Zealand, Ish Sodhi took three wickets while Trent Boult took two wickets and Mitchell Santner took one wicket.

The New Zealand team, chasing the target, kept losing wickets at regular intervals and did not appear to win at any point during the innings. Jamieson, who came to bat at number nine, contributed 30 runs from 18 balls to reach the team’s score of 100. For Australia, fast bowler Ken Richardson took three while Ashton Agar, Adam Jampa and Glenn Maxwell’s trio of spinners picked up 2-2 wickets.

New Zealand were ahead 2–0 in the series by winning the first two matches, but Australia made a spectacular comeback by winning two consecutive matches. The final and decisive match of the series will be played on March 7.