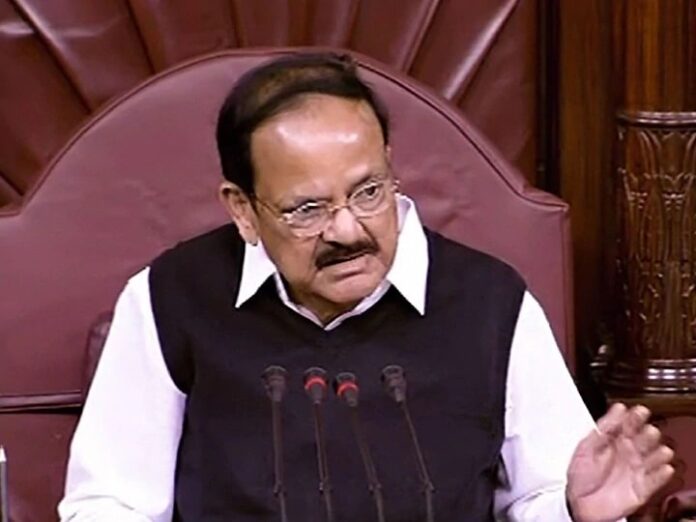 New Delhi: Any government should bring an ordinance only when necessary. Any ordinance should be brought very carefully and in an unusual situation. This comment has been made by Rajya Sabha Chairman Venkaiah Naidu. Venkaiah Naidu said this in the Rajya Sabha when the National Capital Territory Amendment Bill was being discussed and opposition MPs said that ordinances are being brought continuously during the NDA 2 government and this is not true for democracy.

After Shakti Singh Gohil, CPI MP Vinay Viswam further said Gohil said that 42 ordinances were brought under the tenure of NDA 1, while a total of 59 ordinances were brought in UPA 1 and 2. But so far 77 ordinances have been introduced in NDA 2. Therefore, the government should be instructed to avoid bringing ordinance in such a manner unless the situation is unusual.

After the issue of ordinance arose, Rajya Sabha Chairman Venkaiah Naidu said, “I also believe that ordinances should not be brought unless it is very important. Ordinances should be brought in very careful and unusual situation. But in the last few years During the period we saw that the Parliament session is not going on, ordinances are brought, but even after that the ordinance comes in the House, which is passed only after discussing it. ”

All this discussion took place when the National Capital Territory Amendment Bill was being discussed in the Rajya Sabha. Union Minister Hardeep Puri told the House that the ordinance was brought only because the old law expired on 31 December 2020 and during that time the session of Parliament was not called due to Corona. In such circumstances, the people of Delhi were relieved by bringing this ordinance and now it has been introduced in the House as a bill.