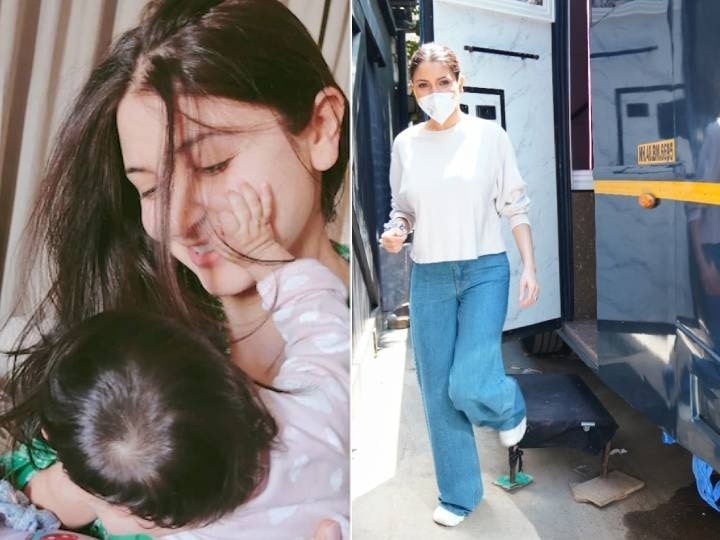 Bollywood actress Anushka Sharma has returned to work. Recently, she was spotted during a shoot. He has shot two months later. This year she gave birth to a baby girl in Janveer. Since then, she is enjoying Motherhood. It was being said that she would shoot for any project from May, but she suddenly arrived to shoot for an advertisement.

Anushka Sharma looked quite fit and gorgeous during this time. Anushka, who saw Anushka on the shoot, said, “Anushka Sharma’s shape is very good. She has become a mother and she is sure that she can balance her professional life and personal life better. She There are a lot of punctuality. ”

Anushka reaches before the appointed time

She added, “She is known in the industry because of her pompousness. She often reaches there before the start of shooting. For this shoot too, she arrived before the scheduled time. During this time she appeared quite beautiful and happy. Was giving. ” Anushka was also wearing a mask during this time. She appeared to be exiting the vanity van.

Here is the picture of Anushka Sharma stepping out of vanity van.

Photos: Anushka Sharma, who returned to work after two months of delivery, appeared happy and excited on the set

Shooting many big projects in line

Explain that Anushka Sharma and Indian cricket team captain Virat Kohli have returned to Mumbai after the end of ODI series against England and are resting at home. Virat has shared a picture on his Instagram account, which is becoming very popular.
In
this picture, Anushka is seen in this picture, Virat is sitting on the chair in the balcony of his apartment and the sea is seen in front. With this picture, he wrote that there is nothing like home. Fans seeing this picture are speculating that Anushka Sharma may have taken this photo.