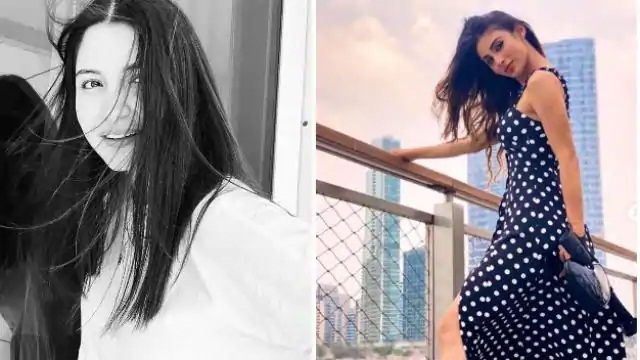 Anushka Sharma is enjoying her pregnancy period these days. He is in Dubai with Virat Kohli. Recently, Anushka Sharma shared a black and white photo of her. In this, he is wearing a white loose shirt and has open hair. She is seen enjoying in the balcony. In the caption of the photo, Anushka Sharma has created two emojis. A Black Heart and a White Heart. This photo of Anushka Sharma is becoming increasingly viral.

TV-Bollywood actress Mouni Roy reacted to this photo of Anushka Sharma. Mouni Roy writes, “Bellissima, which means very beautiful.” Along with this, Mouni Roy has also created a red rose emoji. Please tell that Bellissima is an Italian word. It is used to supplement women.

Explain that Anushka Sharma, while sharing the photo, wrote, ‘Thank you to all those who thanked me. Told me that there is still goodness in this world. I want to follow these things with an open heart. I hope that I can take it forward by adopting it, helping people. Because in the end we are all with each other. ‘

In August, Virat and Anushka told that a small guest would come to their house in January 2021. Virat, while sharing a photo with wife and Bollywood actress Anushka Sharma, wrote, ‘And then, we three! Coming in January 2021. ‘