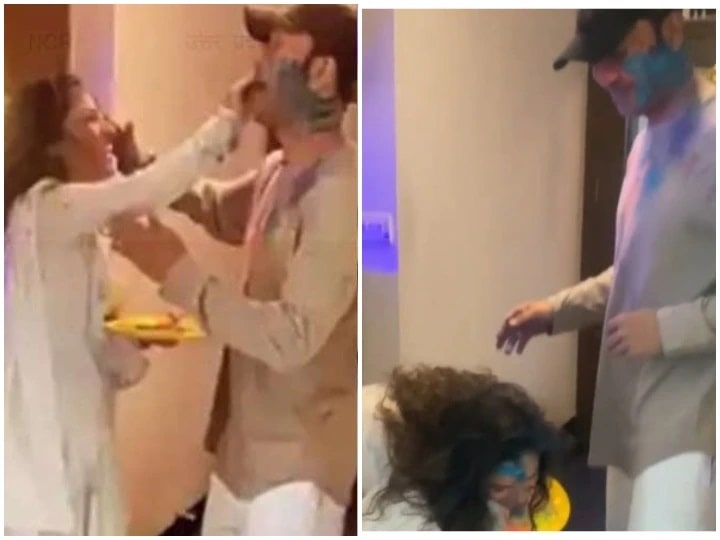 Ankita Lokhande remains very active on social media. She often shares her dance videos with fans. Recently, he has shared a video of his Holi on Instagram. In which Vicky is seen applying color. The special thing of the video is that, in this, Akinta congratulates Vicky on touching her Holi. The video is gaining a lot of headlines on social media.

Ankita congratulated Vicky on Holi by touching her feet

In this video shared by Ankita, Holi song ‘Holi Din Dil Dil Gayate’ is playing. And Ankita and Vicky are seen applying color to each other. At the same time, Ankita touches her feet with Vicky color and speaks Happy Holi. After this, both of them are seen having a lot of fun and dancing in the video. While sharing the video, Ankita wrote in the caption that, – Happy Holi.

This video of Ankita is very much liked by her fans. Till now millions of likes and comments have come on the video. Everyone likes this style of celebrating Holi of Ankita. And fans are also praising Vicky for touching him.