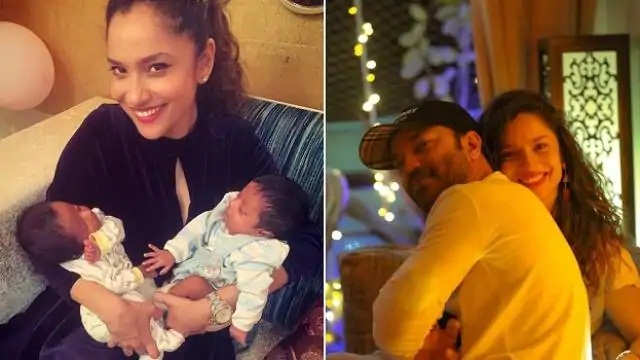 Ankita Lokhande was severed by the death of Sushant Singh Rajput. She is fighting to bring justice to the actor along with Sushant’s family. Meanwhile, there has been happiness in the life of the actress. Actually, Ankita recently shared a photo with 2 children. With these photos shared, Ankita has told that two new members (Twins) have come to her house, named Abeer and Abeera.

Explain that these two children have a special connection with the actress. Actually, these children belong to the sister of Ankita’s boyfriend Vicky Jain. Explain that Ankita is very close to Vicky Jain as well as her family.

Our family rejoices – a new life’s begun , Our circle is richer with the birth of these TWINS ❤️. WELCOME Abeer and Abeera Congratulations Varsha di and jiju ❤️

Let us know that recently Shiv Sena leader Sanjay Raut has made many big claims in Shiv Sena mouthpiece ‘Saamana’ on Sunday. Apart from this, he has also targeted Ankita Lokhande. He wrote, Sushant had 2 girls in his life – Ankita Lokhande and Riya Chakraborty. Ankita had left Sushant, but Riya, who has been accused now, was with him. Then the matter should also be investigated as to why Ankita left Sushant. This information should also be in the public domain.

When Ankita Lokhande said – Sushant has committed suicide, there must have been a big reason behind it.

Actually, Ankita was asked in an interview whether she thinks it is suicide or murder? So Ankita says that she does not want to comment on this because she was not with him. Ankita said, if it is murder, then I want to know why it happened and if it is suicide then there must have been a big reason behind it. I can say with certainty that there is someone who knows the reason for this. I also want to know what happened to Sushant.