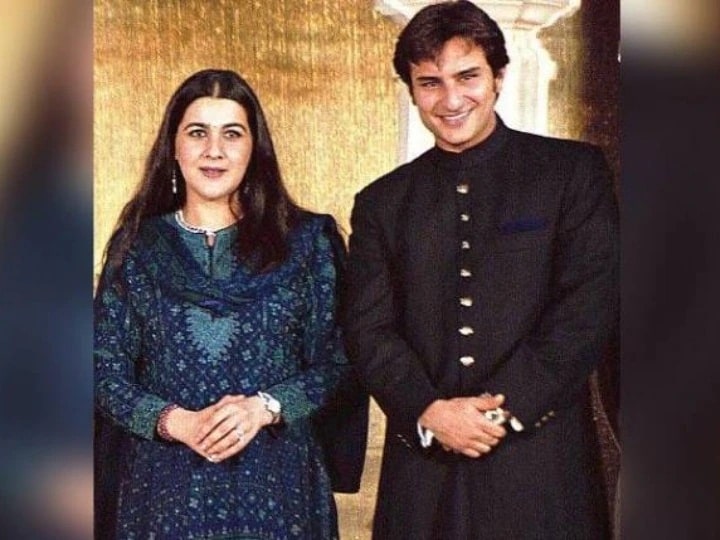 When Saif Ali Khan and Amrita Singh decided not to marry, Saif Ali Khan had not even made a debut in the industry, then Amrita had become a big star there. Not only this, Amrita was also 13 years older than Saif. But both of them got their hearts and they also decided to get married. The special thing was that Amrita and Saif had done this marriage without telling them. Both of them had taken the important decision of life by hiding from their families. At the same time, in an interview after marriage, Amrita talked about her in-laws. In which he told how she used to get nervous as soon as she came in front of mother-in-law Sharmila Tagore.

It was revealed in the interview itself

Amrita and Saif themselves told this thing in an interview. When Amrita was asked how she felt with her mother-in-law. Then he told that as soon as he comes, he becomes quite nervous. At the same time, it was also learned that Amrita often used to request Saif not to leave him alone with her mother-in-law Sharmila Tagore, the reason being that she used to be very tense at that time.

The family members were against the marriage of both

Actually, media reports believed that the Pataudi family was against this marriage, the reason was that Saif Ali Khan was very young at the time, his acting career had not even started and secondly that Amrita Singh was 13 years older than Saif, that was why both The Pataudi family was against this relationship from the very beginning. But even then they got married without telling anyone and later informed the family members about it. Due to which everyone was very angry and sad too. This was the reason that the relationship between Amrita Singh and mother-in-law Sharmila Tagore was probably not normal.