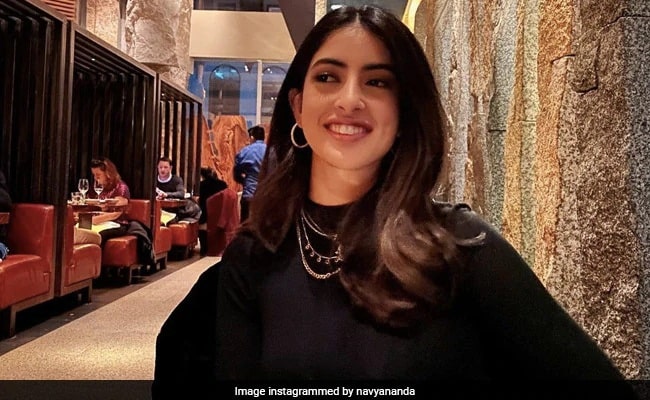 Navya Naveli Nanda, granddaughter of Bollywood emperor Amitabh Bachchan, is very active on social media. She is often seen sharing her photos and videos with fans. Recently, Navya Nanda has shared some pictures from her Instagram account, which are becoming very viral on social media. Navya (Navya Nanda Instagram) is seen wearing a black color outfit in these pictures. Navya looks quite beautiful in these pictures.

People are commenting a lot on these pictures of Navya Nanda (Instagram), but their rumored boyfriend Mijan Jaffrey has made a very funny comment. Meezaan Jaaferi commented, “Wow, I’m wondering who took this picture?” Responding to this comment from Mizan, Navya wrote, “My personal photographer.”

Let me tell you, Mijan Jafri (Meezaan Jaaferi Instagram) has debuted in Bollywood with the film Malal. In which he was cast along with Sanjay Leela Bhansali’s niece Sharmine Sehgal. Mijan will soon be seen in Priyadarshan’s Hungama 2 along with Shilpa Shetty and Paresh Rawal. At the same time, Navya Nanda, daughter of Shweta Bachchan Nanda and businessman Nikhil Nanda, completed graduation from Fordam University in New York this year. She also runs an online healthcare portal called Ara Health. She also modeled for her mother Shweta Bachchan Nanda designer Manisha Jaisingh in the year 2018.