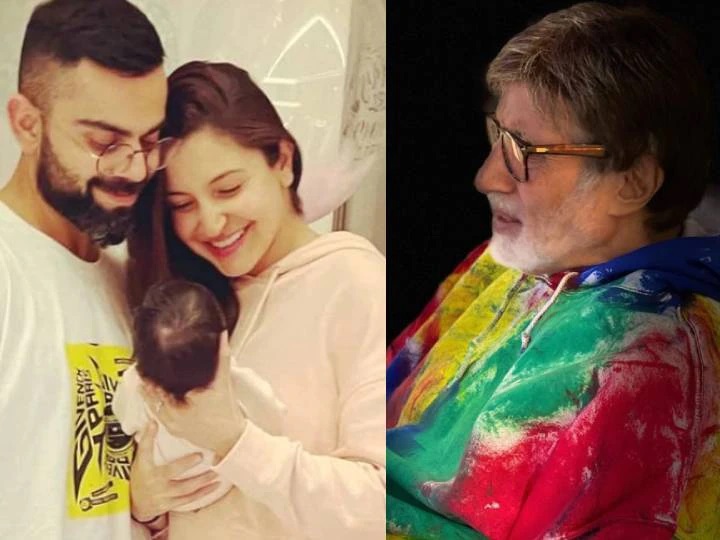 Amitabh Bachchan has shared a picture of himself on Instagram. In this picture, he is wearing a colorful sweatshirt. His background is all black. Sharing this picture, he wrote, “The color has not landed yet: and the jokes of the festival have not stopped. Honoring Anushka and Virat.”

Amitabh further wrote, “English: Anushka has a huge apartment! Hindi: Anushka has opened a virat. Courtesy from my block’s EF.” Fans are reacting to this joke of Big B. Commenting smiley emoji.

Anushka and Virat become the parents

Explain that Anushka Sharma and Virat welcomed Baby Girl Vamika earlier this year. Anushka gave birth to Vamika on 11 January 2021. Virat and Anushka married in the year 2017. Anushka has returned to the set only two months after delivery. Recently many of his pictures went viral on social media.

In these pictures, she was seen getting out of the vanity van. She was shooting for an advertisement. Anushka, who saw Anushka on the shoot, said, “Anushka Sharma’s shape has gotten better. She has become a mother and she is sure that she can balance her professional life and personal life better. In the meantime She looked quite beautiful and happy. ”