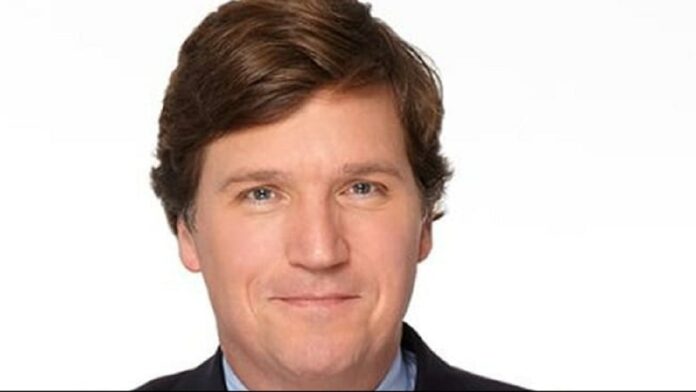 American anchor said, “British gave civilization to India”, Shashi Tharoor gave Him Epic reply…: An American news anchor praised British colonialism in India and claimed that India prospered during the British colonial period. As reported by The Independent, this enraged Congress leader Shashi Tharoor and several Twitter users. Fox News anchor Tucker Carlson also claimed that India had not built any architectural masterpieces before the British colonial period. His comments are being described by many users as “racist” and “suffering from lack of information”. It also includes tennis player Martina Navratilova.

The anchor was speaking on the show Tucker Carlson Tonight last Thursday where he gave a lengthy speech about how the British Empire was “more than a genocide”.

I think @twitter ought to have an option for something to press when you can’t respond without losing your cool. For now I will content myself with😡 🤬 https://t.co/6tWpUuSuMR

In the clip going viral on Twitter, Carlson can be heard saying, “Strong countries dominate weak countries, this trend hasn’t changed. At least the British took their colonial responsibilities seriously. They just took things from there.” Not taken, but added. America left Afghanistan, we left airplanes, weapons and guns. When the British left India, they left an entire civilization, a language, a legal system, schools, churches and public buildings that are still used today. Used to be.”

After this he took the name of Victoria Terminus station in Mumbai and said that in 2016 its name was changed to Chhatrapati Shivaji Maharaj Terminus. He said, “Even after 75 years of independence, has the country been able to build a single building as beautiful as the British colonial Bombay train station?”

These comments sparked a debate on Twitter in which Congress leader Shashi Tharoor also joined.

He tweeted with an angry emoji, “I think Twitter should give you an option that you can suppress when you can’t react without losing your temper. For now I will satisfy myself with this only.”

Navratilova also condemned Carlson Key’s comment. He said on Twitter, “Tucker Carlson – Your carelessness towards history is very bad. I would recommend that you read Shashi Tharoor’s book Inglorious Empire (“Inglorious Empire”). Your racism is no longer liked and your stupidity in this matter As big as the Olympics.”

The Fox News anchor is yet to respond to the criticism.