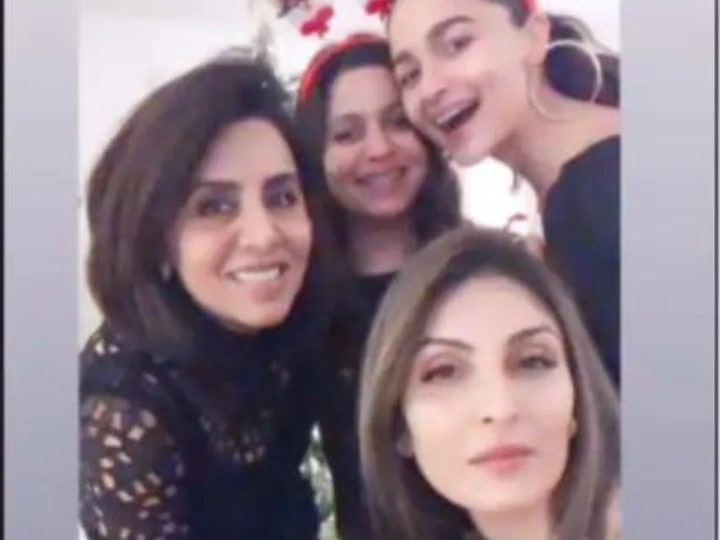 Corona continues to wreak havoc across the country. Many Bollywood stars are also falling prey to this virus. Now Alia Bhatt has also become infected with the Corona virus. He informed people about this through Instagram. Before Alia, her boyfriend Ranbir Kapoor also became Corona positive. Ranbir’s sister Riddhima Kapoor Sahni has shared a picture with her future sister-in-law on Instagram. In this picture, his mother Neetu Kapoor, Alia Bhatt and Shaheen are seen with Riddhima. This picture is now being shared fiercely on social media.

Sharing the photo in an Instagram story, Riddhima wrote, “#throwback.” Riddhima has wished Alia to get well soon through this. All are very happy in this picture. Riddhima is also very active on social media and keeps sharing photos and videos from time to time. At the same time, his relationship with Z Alia is also considered strong. Both of them shared many pictures with each other on social media platforms.

Alia will be seen in the film ‘RRR’

Talking about the workfront, Alia is going to be seen in the film ‘RRR’ soon. Alia is in discussion about this film these days. It is believed that in this film too, Alia will be able to win the hearts of the fans with her strong performance. Ajay Devgan will also be seen in the lead role in this film. At the same time, SS Rajamouli has directed this film.