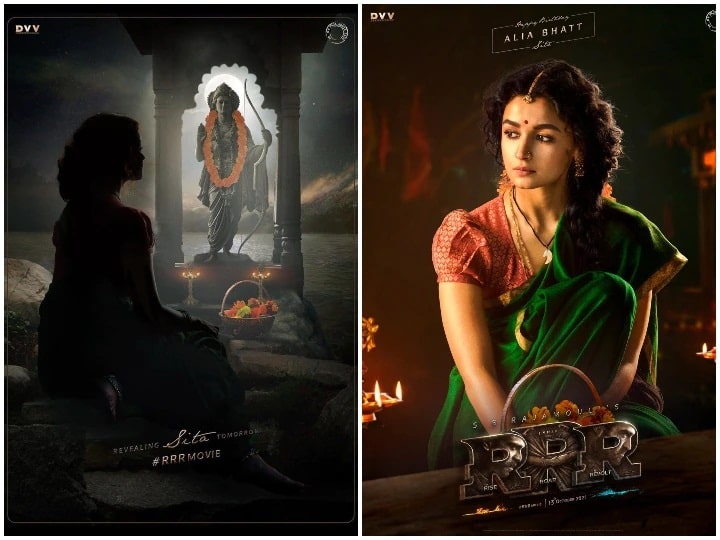 The wait is over and Alia Bhatt’s first look in the film RRR has come to the fore. In this film, this actress will be seen in the role of Sita. In the picture which has come out, Alia is looking so strong in Sita’s look that the curiosity will increase more in the minds of people for the film.

Today is Alia Bhatt’s birthday and on this special occasion, her film’s first look has come to the fore. Today, Sita’s look has been revealed through social media. Alia Bhatt is seen in a green sari in the picture that has surfaced. A basket of worship is kept in front of them.

This film is being directed by Bahubali fame director SS Rajamouli. His look in Sita’s character is very powerful even though it is simple.

Earlier, while sharing this picture, the filmmakers showed a glimpse of Alia. Alia is seen sitting in a black-shaded place in this shared photo. It seems that she is sitting in a temple. An idol of Lord Rama is also seen in the temple.

For information, let us know that along with Alia, Junior NTR, Ajay Devgan and Ram Charan are also going to be seen in important roles in this film. This is a period drama film in which all these actors are going to appear on screen together for the first time.

An intro video of what Bhima’s role will be like in the film has also been released by the makers, who will see the grandeur of this film.