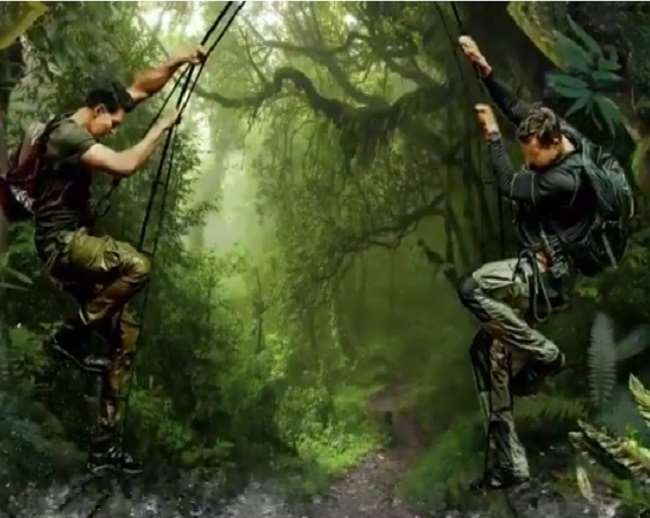 What is in the video:

This one minute video starts with Akshay Kumar’s entry. He is seen getting off the helicopter and then goes on his adventurous journey with Bear Grylls. During this journey, they swim in water, hang on rope, face dangerous animals. The most interesting thing in the promo is that the beer grills are seen giving Akshay the fun of elephant potty tea. While they themselves do not drink this tea. Sharing the video, Akshay wrote, ‘I had a rough idea before’ Into the Wild with Bare Grylls’, but I was surprised by Bayer Grylls drinking ‘Elephant Poop Tea’. What a day it was’.

Discovery Channel has given information about when this episode will be aired on its official Twitter account. It will be telecast on 11 September. The channel wrote in its tweet, ‘All we can say is that this episode of #IntoTheWildWithBearGrylls is going to be fun filled with madness’.

Akshay had earlier shared a video of ‘Into the Wild with Bare Grylls’ on August 21 as well. This video, however, only had photos of Akshay and Bear Grylls.