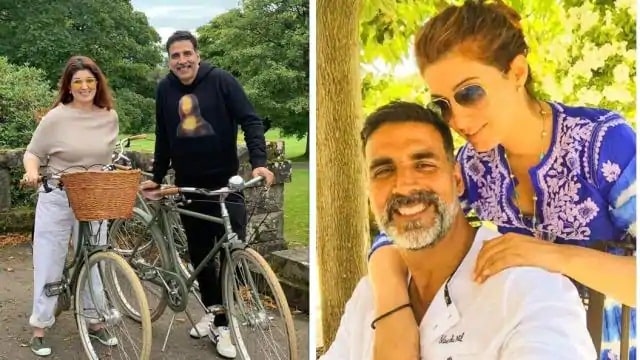 Actor Akshay Kumar posted a recent photo with wife Twinkle Khanna. In the Instagram image posted on Thursday, Akshay is seen enjoying a break from work for some time. Sharing this picture, Akshay wrote in the caption, “I am very grateful for these holidays amidst the epidemic. Hashtag is the biggest thing to show gratitude. Hashtag beach time.”

Akshay and Twinkle are vacationing at an undisclosed location. They recently celebrated their 21st wedding anniversary on 17 January, and Akshay wrote a beautiful message for Twinkle on the occasion.

Along with this, it was believed that Akshay Kumar and Katrina Kaif starrer and Rohit Shetty’s film ‘Suryavanshi’ was believed to be finally released in theaters across the country on April 2 after a year long wait. . Makers were also having talks with cinema owners and distributors across the country regarding the release of the film. In such a situation, the release date of the film was yet to be officially announced.

But now ABP News has got strong information that ‘Suryavanshi’ will not be released in theaters on April 2 also. A trusted source associated with the film told ABP News that the official announcement of the film’s release date will be Rohit Shetty’s birthday i.e. March 14.