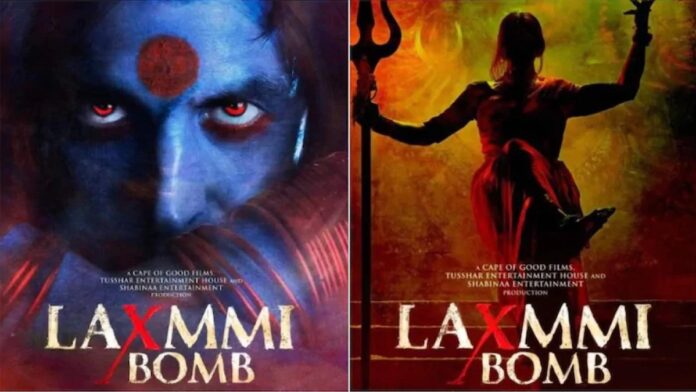 There is a lot of buzz about actor Akshay Kumar’s film Laxmi Bomb. From the teaser of the film to the look of Akshay, everything is being liked a lot. But now that only one month is left for the release of the film, then Akshay is caught in different trouble. There is a demand to buy the film. Anger is being expressed against Akshay.

At the moment, Akshay’s film Lakshmi Bomb is trending on social media. But no one is good because of the trend. There is a lot of anger about Akshay. Recently, Akshay shared a video and told that he has become very upset with the negativity. Reacting to the drugs case, he said that it would be wrong to view the entire industry from the same perspective. Not everyone takes drugs. Not everyone does wrong things. That video of Akshay was viral on social media. He also expressed grief over Sushant’s departure.

But many people have shown anger on this video of Akshay. According to people, Akshay is not only defending Bollywood but is also promoting wrong. Many such tweets have surfaced on social media where Akshay is being targeted. A user writes – Now the shop of such people should be closed. He is not even a human being. Other users write- What address should this two-hour entertainment money be given to the dragons and the mafia. The film should be Boycott. Third user writes – Do not get into Akshay’s words. They are saying all this only because of promoting their film. Many more such tweets remain in the news at this time.

Now after Alia’s Road 2, such anger about Akshay’s ambitious project may be overshadowed by the film. Since the death of Sushant, anger has been raised on many celebs. In such a situation, boycotting Akshay’s film can be harmful in terms of film business.