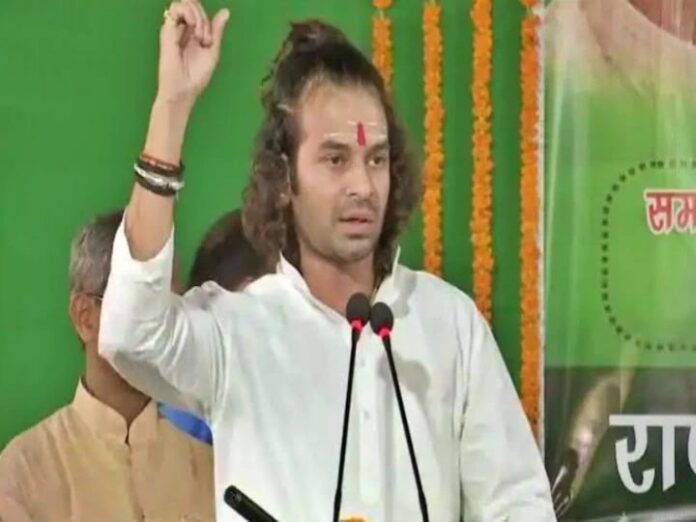 Patna: The cabinet was expanded on Tuesday, about three months after the formation of the new government in Bihar. A total of 17 leaders of BJP and JDU took the oath of office during the swearing-in ceremony held at Rajendra Mandapam in Raj Bhavan, Patna, capital of Bihar. However, now the controversy has started regarding the expansion of the cabinet.

When will Bihar expand?
RJD leader and Hasanpur MLA Tej Pratap Yadav has targeted CM Nitish. He said that the cabinet has expanded, but Bihar has not been expanded yet. Crime is at a peak in the state and the government has failed to control it. Criminal incidents are increasing daily.

Tej Pratap attacked CM Nitish and said that he is expanding the cabinet. Making a government, dropping it. There are scams too. But what would be better for the general public, they will have to answer.

Ministers should fulfill the responsibility

Tej Pratap said that the minister who has got the ministerial post, should hold the responsibility for that post. The state of education and health is worse in Bihar at present. Doctors do not pick up the phone. Such a case has come out from my area Hasanpur. It is such a situation that even if the people’s representatives are calling, they do not pick up. In such a situation, it is not difficult to understand what will be the situation of the general public.

On the question of including tainted leaders in the cabinet, he said that such people will become ministers in the Nitish government. Nitish Kumar does not see it because his eyes are covered. Now he is sleeping in peace. When they wake up, then they will see all the things. But the people of Bihar are watching how injustice is being done.