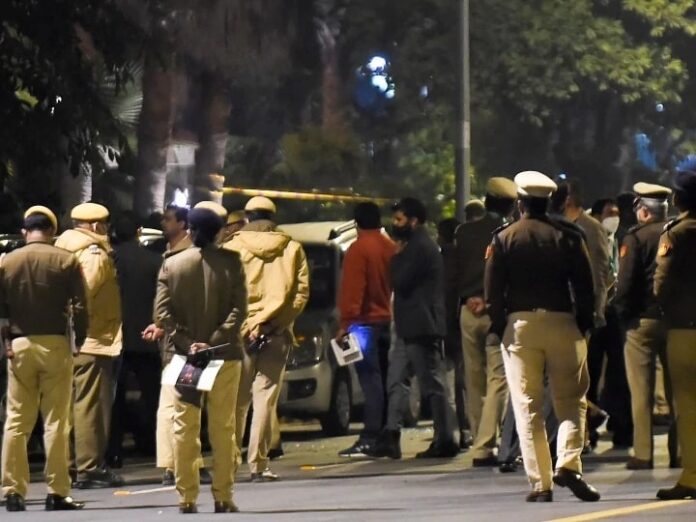 Following the bombings on Friday evening near the Israeli embassy in the national capital Delhi, the police now suspect a disturbance at the protest site of farmers protesting against new agricultural laws. Delhi Police has given instructions to tighten security around the picket site of farmers. According to sources, there is a suspicion that terrorists may carry out any action around these picket sites.

On the other hand, with regard to the blast, police sources say that the bomb was placed between a tree and grill, whose impact was on the front side ie road. This is the reason why the glass of vehicles parked on the other side has been damaged. The pellets of the bomb are also on the vehicles but have not entered. The investigation is currently underway. No battery or electric device has been found yet. Right now search is being done everywhere, so that it can be clear how the bombings were done.

On the other hand, Foreign Minister S.K. Jaishankar spoke to his Israeli counterpart, Gabi Ashkenji. He said that India has taken this incident very seriously. He assured full security to the Israeli Embassy diplomats. Jaishankar said that the investigation of the case is going on and no effort will be left to catch the culprits.

There has been a statement from the Israeli Foreign Ministry regarding the explosion near the Israeli embassy. The ministry said- this incident is being investigated by authorities in India who are in contact with the Israeli authorities. No messengers or embassy personnel were injured in this blast.

According to sources, this investigation is being done considering the attempted terrorist attack. Discussions have been held between top officials of India and Israel. The Israeli ambassador has been assured that all diplomats will be provided complete security. It is being investigated by many agencies.