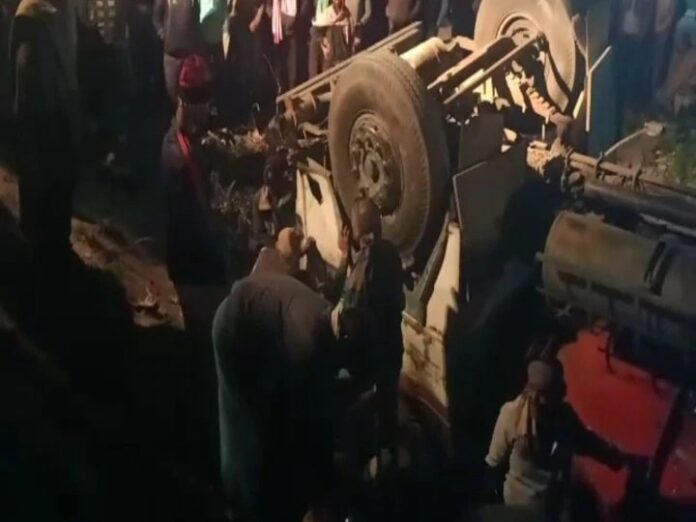 Begusarai: A shocking incident has emerged from Begusarai district of Bihar. The incident is from Rani Chowk in Bachwara police station area of ​​the district, where a diesel-filled tanker overturned into the pit after hitting the truck on Monday night. Hearing the loud voice, a crowd of locals gathered on the spot and informed the police station about the accident.

Here, the police reached the spot after getting information about the incident, but did not take any action. In such a situation, people looted diesel in front of the police. People started carrying buckets, bottles and diesel in household utensils and the police kept watching people just as they were silent spectators. The driver was trapped in the tanker after the accident, but the police did not make any effort to save him. In such a situation, after a while, the locals dared to help the driver and broke the tanker’s gate and took him out safely.

Truck drivers absconding after the accident

According to the local people, the tanker full of diesel was going from Begusarai towards Samastipur, while the truck coming from the opposite direction stumbled into the tanker, which caused the tanker to overturn in the pit. After the accident, the truck driver escaped from there. While the tanker overturned in the pit, the driver of the tanker was trapped in it, which saved the lives of the locals after several hours.