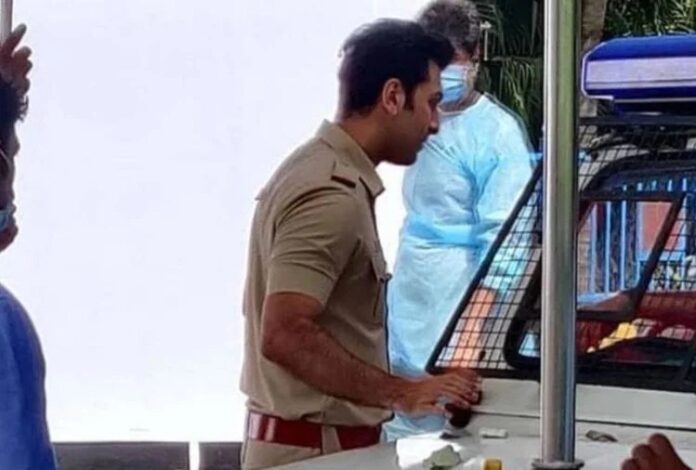 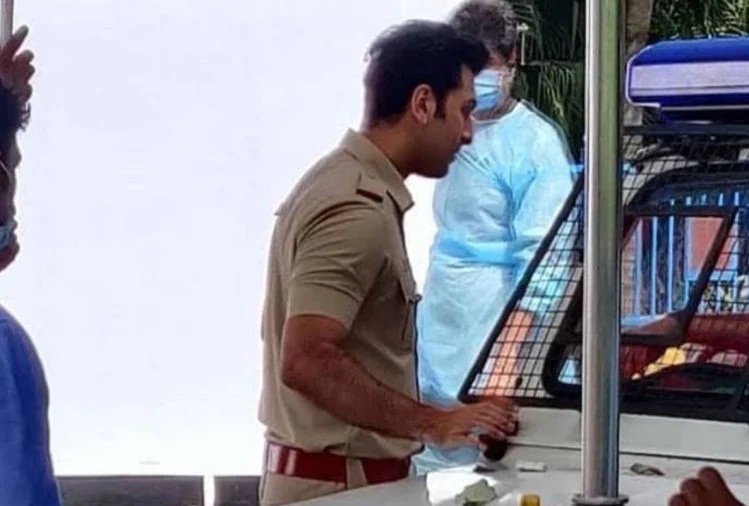 After starting the shooting of an advertisement film of Hindi cinema’s hero number one Ranveer Singh, now Ranbir Kapoor has also left the fear of Corona and came in front of the camera. Ranbir Kapoor shot an ad film on Monday in a studio in Mumbai.

Two pictures of Ranbir Kapoor are becoming very viral on social media, in which Ranbir is seen wearing a police uniform. He poses in a photo near a police jeep wearing a uniform while another photo goes viral from a shooting set in which he is having a sit-down conversation with his co-workers during a break.

Seeing both these pictures, his fans are desperate to know what project has Ranbir started working on? According to information received by Amar Ujala, Ranbir Kapoor has started this shooting for an advertisement.

Ranbir has been shown to be in working mode even before the corona virus infection started working now. Yes, before that he started dubbing for his film ‘Brahmastra’ with his special friend Alia Bhatt.

Alia is planning her career afresh these days after Alia Bhatt’s two big films ‘Kalank’ and ‘Sadak 2’ were megaflops. Ranbir Kapoor also wants to finish the work of ‘Brahmastra’ as soon as possible and do other work of his career. The shooting of his film ‘Shamshera’ has been completed and it is believed that the film may be released by the end of this year.