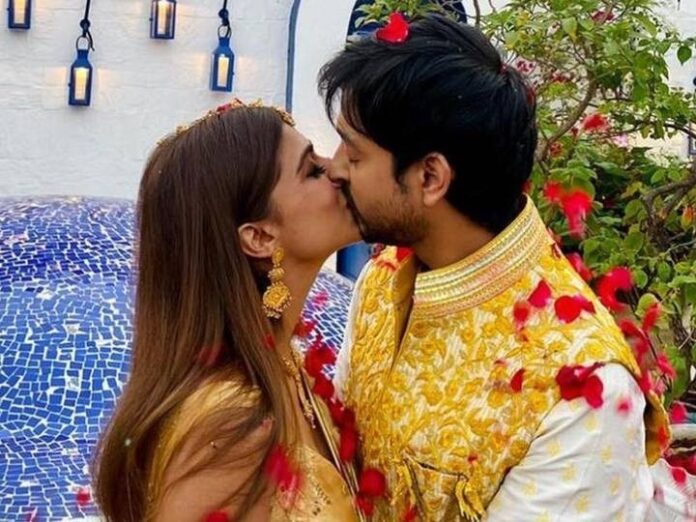 Shaja Morani, the daughter of actor Priyank Sharma and producer Karim Morani, has tied the knot. Both were married on February 4. The two married in Mumbai between their family and close relatives and friends. Let me tell you that Priyank Sharma is the son of Bollywood’s popular actress, Padmini Kolhapuri. Shaja and Priyank had engaged on 23 December 2020 and informed about this through social media posts.

Najkul Mehta, Gautam Gulati, Isha Gupta, Armaan Jain and many other celebs commented and congratulated them on this picture of Shaja Morani. His fans also commented and congratulated him on the wedding. Priyak Sharma is the son of Bollywood veteran Padmini Kolhapure. He made his Bollywood debut with the film Sab Kushal Mangal. Ravi Kishan’s daughter Reva Kishan and Akshaye Khanna were also in the lead role in the film.

Rakhi Sawant told the story of her mother’s struggles, cleaning the hospital patients and gathering food

Mumbai Saga Trailer: The fight between Emraan Hashmi and John Abraham, who will win?

Pulkit Samrat said by sharing his photo with girlfriend, I am following your beauty advice, got this answer

Sara Ali Khan spotted at the airport with Amrita Singh, mother-daughter look is in discussion

Parineeti Chopra sings beautiful song for The Girl On The Train, shared video