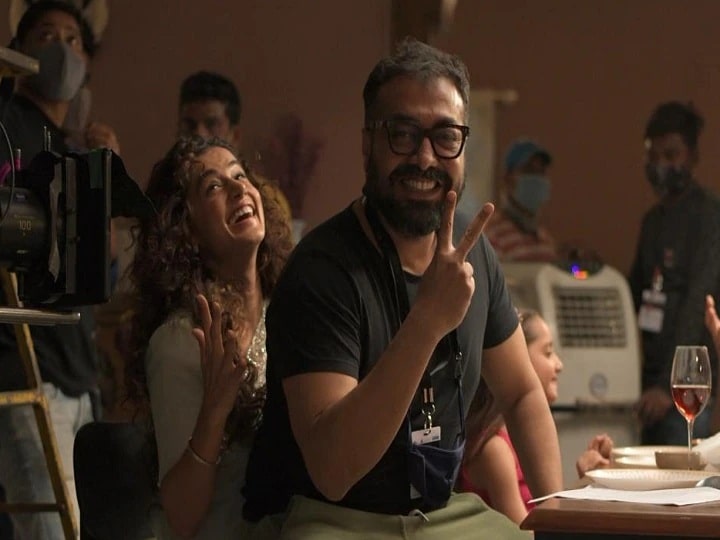 New Delhi: The Income Tax Department recently raided the residence of filmmaker Anurag Kashyap, his associates and actress Taapsee Pannu. During this time, the investigating agency has detected the manipulation of crores of rupees. However, now Anurag Kashyap has posted a post on Instagram. Apart from this, a picture with Taapsee has also been posted in the post.

After the Income Tax department raids of Anurag Kashyap and Taapsee Pannu, the difficulties seem to be increasing, but now Anurag Kashyap has shared a post and has started shooting for his film. Anurag Kashyap, while sharing a picture with Taapsee, said that he has resumed the shooting of his film ‘Dobara’.

Sharing the picture of the film set, Anurag said in his post, ‘And we are restarting #DoBaaraa .. Love our Haters on our behalf.’ Along with this post, Anurag Kashyap has also posted a picture. In this picture, Anurag Kashyap is sitting on the lap of Taapsee Pannu and is making a victory sign. Along with this, a smile can also be seen clearly on the faces of both of them.

Let me tell you that recently the Income Tax Department raided 28 locations related to Phantom Films in Delhi, Hyderabad, Mumbai and Pune. Along with this, raids were also conducted at the locations of Anurag Kashyap, Taapsee Pannu, Vikas Bahl, Madhu Mentena and some executives of talent management company Kwan and another talent management company.

At the same time, the Income Tax Department says that during the search, it has been found that the prestigious film production house has hidden the evidence about the income compared to the actual box office collection. The company has not been officially informed about the mess of about 300 crore rupees.