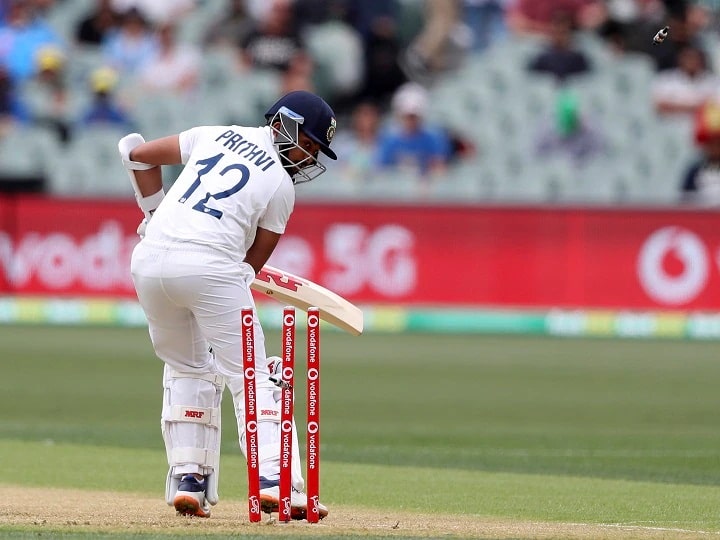 Prithvi Shaw, the young opener who is running out of the Indian cricket team, is currently in excellent form. He has so far scored 754 runs in India’s domestic ODI tournament Vijay Hazare Trophy. During this time he has played innings of more than 150 runs, including a double century. He has also become the highest run-scorer in a season in the history of Vijay Hazare Trophy. However, he was severely criticized after his poor performance in the day-night Test played in Adelaide on the tour of Australia and he was also dropped from the team after that.

Meanwhile, now Prithvi Shaw has openly spoken about the disappointment, poor performance, form and drop from the team on the Australian tour. He spoke openly on all these things in an interview given to the English newspaper ‘Indian Express’ and made many shocking revelations.

When I was dropped, it was the saddest day of my life- Prithvi Shaw

Talking about the drop from the team during the tour of Australia, Shaw said, “I was thrown out of the team after a poor performance in the first Test. I was very upset with it. At that time I felt like I am worthless. I myself Told me that I have to be tight now. Anyway, the saying goes that hard work can beat talent as well. When I got dropped, it was the saddest day of my life. I went to my room and started crying. That something is going wrong. I had to find the answer. ”

Those in the street of Virar know to return – Shaw

Prithvi Shaw further said, “I am not one of those who give up. I am a boy of Virar. I have come from the streets. I know how to come back. I have always kept the team above myself. Whether it is Be it clubs, Mumbai or India. I have never been in a situation like Australia before, I worked very hard on the nets to improve myself. ”

He further added, “When you are out of the team, you are under pressure to come back by performing well. I am eager to score runs. I want to score big. During the quarter-final match, I got back in the back. It was hurting. Our physio asked me to return to the dressing room. But I refused them. I said no. Then they gave me medicine and I continued to bat. ”