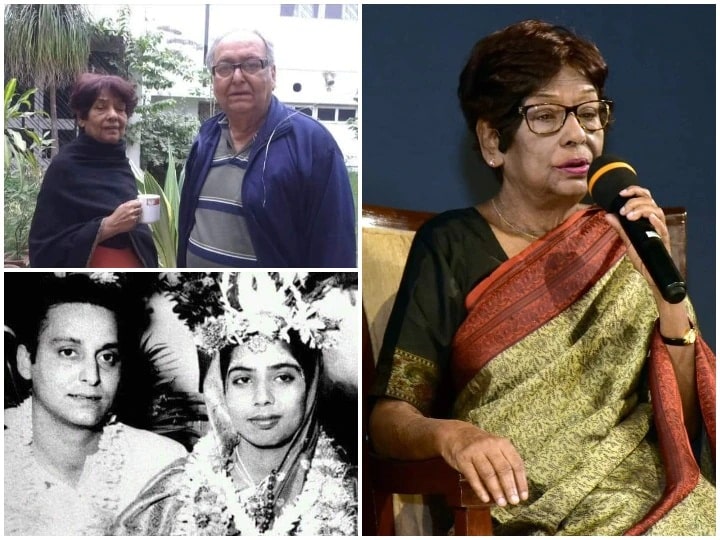 Mumbai: After the demise of Soumitra Chatterjee, who was a superstar of Bangla films in November last year and is known worldwide as a great actor, now his wife Deepa Chatterjee also passed away. 83-year-old Deepa Chatterjee breathed her last at the Columbia Asia Hospital in Kolkata on the intervening night of Saturday and Sunday.

Confirming the news of the mother’s passing on the phone from Kolkata, her daughter Paolomi Chatterjee said that her mother was suffering from kidney problem for a long time and both her kidneys stopped working. He told that after 2.00 pm due to complications arising from the spoiled kidneys, he had a heart attack and passed away.

Paolomi Chatterjee said that the mother was also suffering from diabetes for the last 45 years and due to all kinds of problems she had to undergo blood transfusion for a long time.

“My mother used to miss Baba, who passed away four months ago, and often used to tell me that she is left with no more desire to live in them,” Paolomi told ABP News.

It is noteworthy that Saumitra Chatterjee, who started his film career with Satyajit Ray’s Bengali film ‘Apur Sansar’ and then worked in 14 films directed by him, died in Kolkata on November 15, 2020. 85-year-old Soumitra Chatterjee was admitted to the hospital due to Corona. But he died due to other complications that arose after coming to Corona Negative.