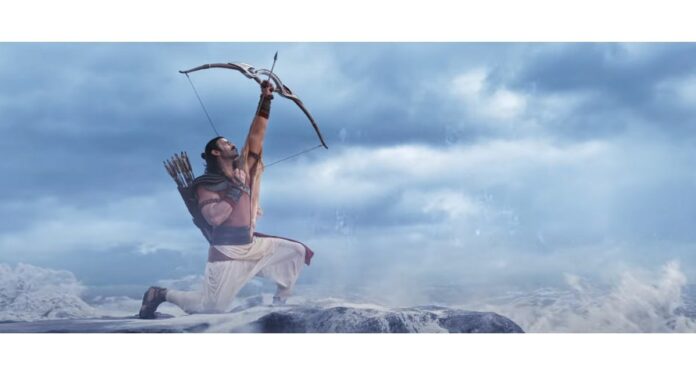 Adipurush Teaser: Prabhas’s Adipurush Teaser Released In Ayodhya, Saif’s Look As ‘Ravana’ Impresses: Pan India star Prabhas is in discussion these days about his upcoming film Adipurush. Prabhas, who became famous all over the world after Bahubali, is now preparing to make ‘Adipurush’ a superhit. On the occasion of Navratri and on 2nd October, the grand event of ‘Adipurush’ was organized. 50 feet tall poster and teaser of ‘Adipurush’ launched in Ram Nagari Ayodhya. Its popularity is also being seen on social media. Let us also show you its teaser.

Makers organized a grand program on the banks of river Saryu in Ayodhya, the city of Shri Ram. Prabhas and Kriti Sanon also reached the occasion. Also interacted with the media. The makers had already shown the first look of ‘Adipurush’, but this time the surprise teaser of Adipurush has been given. The spectacular avatar of Prabhas is also quite attractive.

Prabhas is the incarnation of Shri Ram in Aadipurush and Kriti Sanon is playing the role of Sita Maiya. For the first time in this teaser, the makers have also shown the look of Saif Ali Khan. Saif Ali Khan is in the role of Ravana and his look impresses a lot.

Join us as we embark on a magical journey ✨ On the Sarayu River Bank in Ayodhya, UP! #AdipurushInAyodhya

Unveil the first poster and teaser of our film with us on Oct. 2 at 7:11 PM! #AdipurushTeaser #Adipurush releases IN THEATRES on January 12, 2023 pic.twitter.com/dxEOA2zhAI

The teaser launch of the strong security
‘Adipurush’ has also been speculated to reach about 10 thousand viewers. In view of such a big program, more than 250 security personnel and 200 bouncers are deployed.

Adipurush’s budget is more than Bahubali’s,
‘Adipurush’ has been directed by Om Raut, who was recently awarded the National Award for Tanhaji. The film, which is scheduled for January 12, 2023, has been made on a large scale by the director, whose budget is said to be more than that of Bahubali.