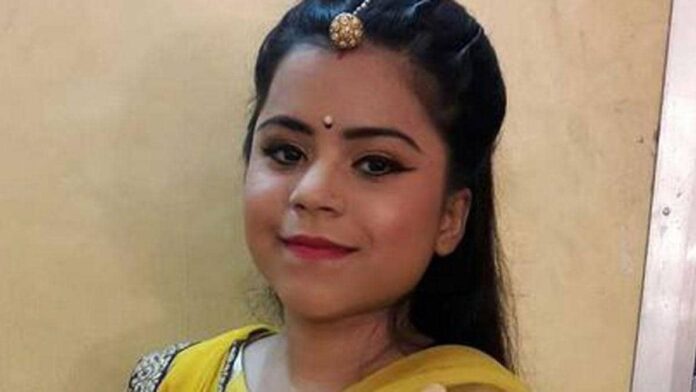 After the entry of Bhojpuri actress Sambhavna Seth in & TV serial “Gudiya Hamari Pe Bhari”, Juhi Aslam, who plays Bharti in the serial ‘Baba Aiso Var Khojho’, is going to enter. Her character’s name in the serial ‘Gudiya Hamari Pe Bhai’ is Vandana, who is the daughter of Gudiya’s aunt. In this serial, along with Juhi, there will also be an entry of actor KK Shukla who will play doll’s warts and Vandana’s father. In a special conversation with Aaj Tak, Juhi Aslam spoke about her character.

The actress said, “I am doing a cameo in Gudiya Hamari Pe Bhari. My character’s name is Vandana. She is a girl with a different attitude. Whatever happens in front of her, someone keeps telling her anything about her height Or about her behavior, she doesn’t mind. She loves someone, lives in her thoughts, sometimes she laughs and laughs. She forgets the biggest thing in half an hour or 15 minutes. And this forgettable disease is from childhood.

He also said, “She is the cousin sister of the doll. Both are very flirtatious, always having fun. Sometimes the doll does such acts in front of her that she scolds or kills the doll and her She then forgets all because of her childhood illness. The show will also have an emotional element along with comedy. My love story and marriage will be shown in this serial. “

Prior to this serial, Juhi Aslam appeared in the role of Chhoto Singh Alahwat in the & TV serial ‘Badho Bahu’ in 2017. She then got married in 2018 and in August 2019 she gave birth to a son. Although she turned down many serials offers during this corona period, when she came to know about Vandana’s role, she came straight from Mumbai to Firozabad.