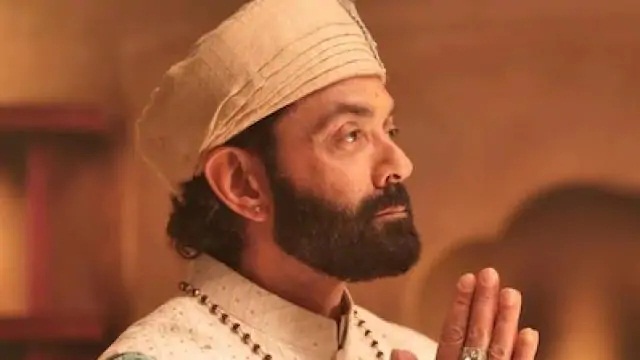 Punjab and Haryana ‘dera’ have a lot of acceptability and they also have a lot of influence in the politics of these states. Therefore, it is often seen that leaders of political parties visit them to get the support of the heads of these deras. In fact, one of the major reasons for the dera’s hold in the society is that they gave a lot of space to the deprived, dalit, backward sections of the society and helped to improve their lives. Among them, the heads of some deras were also quite controversial and used their influence illegally. Some of them also had to go to jail. Even after this, his supporters stood for him.
The web series ‘Ashram’, directed by Prakash Jha and starring Bobby Deol, is the story of one such ‘baba’ who exploits people under the guise of religion and service. And this is done by the fact that most people who are being exploited consider themselves blessed. However, about the series being aired on the OTT platform MX player, director Prakash Jha has not said anything about which baba it is based on. But the way things are shown in the series, it seems that it is inspired by Baba Ram Rahim.

Paramjeet alias Pammi (Aditi Pohankar), a low-caste girl, wants to win the medal for the country by becoming a wrestler, but people of the higher caste conspiracy and get her defeated in a match. Pammi’s noni brother wants to go to the procession by climbing the mare, but the elders of the family stop him from doing so, as the procession passes through the ‘big neighborhood’. But at the behest of his journalist friend Akki (Rajeev Siddharth) and Pammi, he climbs the procession. Big neighborhoods get very upset with this and beat them up a lot. In this, Pammi’s brother Satti (Tusshar Pandey) is badly injured. Pammi goes to the police station and writes an FIR for attempted murder. Sub-inspector Ujjal Singh (Darshan Kumar) forbids her to do so, but Pammi does not agree. Angry people of this big neighborhood do not let doctors treat Satti.

Then only Baba Nirala (Bobby Deol) of Kashipur enters the scene. Baba attacks the people of the big locality, then the treatment of Satti is possible. Pammi becomes a devotee of Baba. On the other hand, during the construction work of a project in the forest, a skeleton is found, which creates a sensation and bets are started in the politics of the state. The ruling party tries to suppress the case and former Chief Minister Hukum Singh (Sachin Shroff) tries to make it an issue. The forensic examination of the skeleton is done by Dr. Natasha (Anupriya). Sub-inspector Ujjal pressures her to change the report, but she does not do so. On the contrary, Shame also exposes Shabad for not investigating. Impressed by Natasha, Udala decides to investigate the case honestly. He is accompanied by the constable Sadhu (Vikram Kochhar), and then several events happen one after the other,

Writer Habib Faisal and director Prakash Jha have not only raised the subject of cheating in the name of religion in this series, but have also highlighted the nexus of hypocritical religious leaders, crime and politics. Also, the issue of Dalit oppression has also been included in this. Prakash Jha’s specialty is that he presents issues related to society and politics by wrapping them in the syrup of entertainment. He tries to make it in such a way that it reaches the people and the business aspect is also not affected. He has adopted the same formula in this series. The story moves at a considerable pace in the early episodes, but becomes a bit sluggish in later episodes. The reason for this is that in the name of religion, exploitation, politics, caste issues, personal relations etc. run simultaneously on many levels. But despite this, it does not bore What will happen next The eagerness to know this remains. It has been made in full film style. However, it seems clear that the first season is simply intended as a backdrop to the second season, so it seems inherently incomplete.

Bobby Deol plays the role of Baba Nirala. Their getup is awesome. The role of Chandan Rai Sanyal in the role of his friend and closest aide Baba Bhopa is excellent. The role of Pammi is well played by Aditi. Darshan Kumar has also been cast in his role and Anupriya Goenka is also good. Study Suman plays a very small role of Rockstar Tinka Singh in this part. Maybe, his role will be bigger next season. Tusshar Pandey leaves a mark in the role of Satti and Tridha Chaudhary is also good as his wife. Vikram Kochhar wins the heart as Sadhu’s associate monk. Rajiv Siddharth has also done justice to his character. The rest of the cast are also fine in their roles. This series is made with grandeur and looks fine, but its real pleasure will probably come in the second season itself.