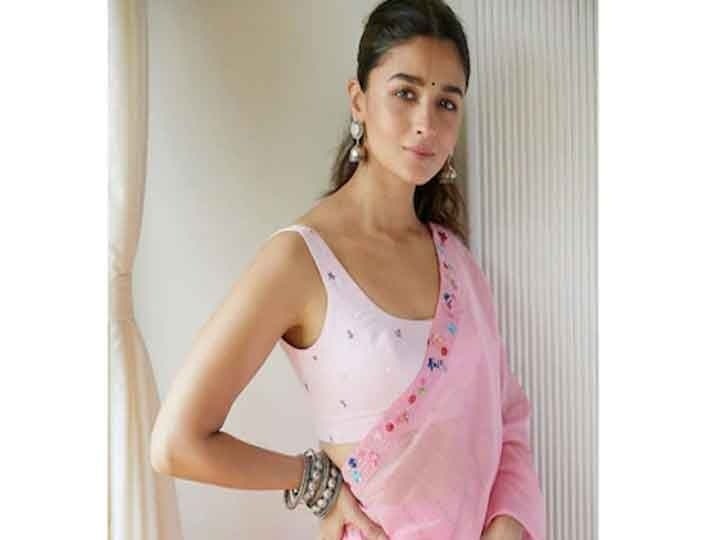 Alia Bhatt and Ranbir Kapoor are soon to be seen together in the movie Brahmastra. This film was to be released last year but due to the lockdown, the film could not be completed. At the same time, this project is being kept very hidden, but now Alia herself has shared pictures with Ranbir Kapoor from the set. In which the film’s director Ayan Mukherjee is also seen.

In one of the two pictures that actress Alia has shared, she is standing in front of a big idol of Kali Mata. This photo is taken from behind. In the second picture, all three are seen sitting in a chair and posing. He looks very happy in this picture. Since there is also ayaan in it, this set is only of Brahmastra. At the same time, Alia has written in the caption that she is very happy to be a part of this journey and this is accomplished because of these two special magical boys.

This will be the first time when Ranbir and Alia will be together in a film. Both have come very close to each other during this film and now the relation of both is not hidden from anyone. There are also reports that both will soon be tied in marriage. There is a possibility of their marriage after the release of Brahmastra. Talk about the Brahmastra film at the same time, this film is also in a lot of discussions before its release.

The most expensive movie ever

It is being said that Brahmastra is going to be the most expensive film of Bollywood so far. Whose budget can go up to 500 crores. Apart from Alia and Ranbir, Amitabh Bachchan will also be playing an important role in the film. The film will be in three parts, for the first time only its first part will be released. The story of the film and the things related to its shooting have been kept very secret. This is the reason that there is a lot of curiosity about it in the audience.