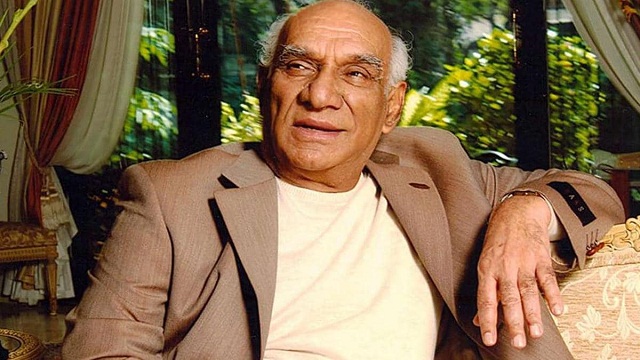 For the last 5 decades, Yash Raj Films has been dominated in the Bollywood industry. How many superhit films were made under the Yash Raj banner and not many actors became superstars by working in films made under this banner. Yash Chopra, who was considered the romantic king of Bollywood films, founded Yash Raj Films 50 years ago. Nowadays his son Aditya Chopra is running. Now that this production house has completed 5 decades, on this special occasion, Aditya Chopra has thanked his father.

On this special occasion, Aditya Chopra shared his emotions through Yash Raj Films’ official Twitter account and wrote – 50 years of celebration, 50 years of entertaining all of you. Yash Chopra did not know how to run a business and he did not even know how to make money. He had no idea about how to run a company. But he had full faith in hard work and talent. He believed in self-reliance. When a creative person (Yash Chopra) trusted his art, then the film Yash Raj was born.

Aditya Chopra said that V Santaram, who runs Rajkamal Studio, gave Yash Chopra a small room in his office studio. My father did not know at that time that the small company he started in that small room would go on to become the biggest company in the film world. In 1995, I made my debut on the 25th anniversary of Yash Raj Films and the film Dilwale Dulhania Le Jayenge was released. The success of the film inspired me to move forward.

5 decades of capturing your hearts… and we have only just begun. Reserve your seats as we promise to entertain you for the next 50. #YRF50 pic.twitter.com/pDcP3ckHDK

This is amazing with the help of people

Today when 50 years of production house is happening, I am wondering what is the real secret of success of Yash Raj Films in these 50 years? What has happened in 50 years that the company is flourishing so much. Is this amazing of Yash Chopra’s creativity? Or is his son Aditya Chopra’s 25-year career awesome? Or is it just because of good luck? But I knew that there is no reason for any of these. The success of YRF is due to people only. All those people who have worked here in the last 50 years.

Let us know that recently, Yash Chopra’s 88th birthday was also there. On this occasion, the stars of the film world remembered the filmmaker. Talking about Yash Raj Films, the first film released under its banner was Rajesh Khanna’s film Daag. This film was released in the year 1973. Since then, many super hit films have been released, including Kabhi, Silsila, Darr, Dilwale Dulhania Le Jayenge, Dil To Pagal Hai, Mohabbatein, Dhoom, Veer Zara, Fana, Chak De India, Ek Tha Tiger, Hichki Many movies are included.